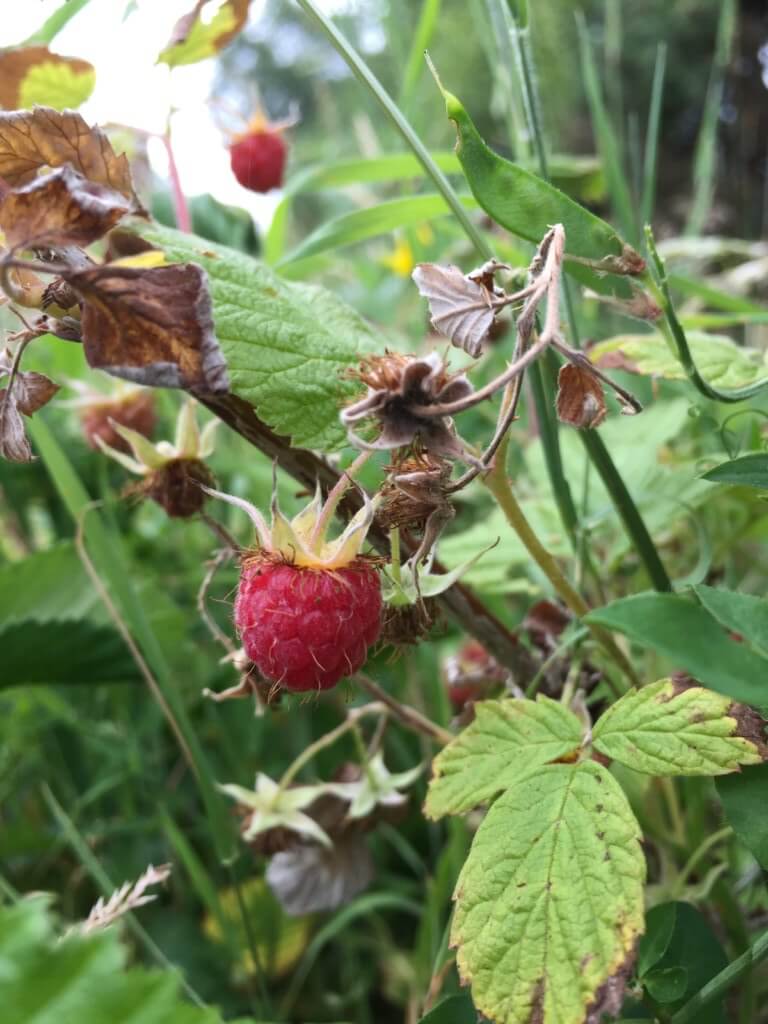 Having completed almost a full year of local gleaning and browsing I thought I’d round off this series with one of the best of all wild foods – one that can be found widely, if rather sparsely, across most of the country.

If they are not quite a match for the taste of wild strawberries (though these things are highly personal) the plants do at least produce good-sized fruits, approaching the size of the smallest cultivated raspberries. This similarity leads people to believe they are escapes from cultivation, even when found well away from civilisation. To the contrary, this is a genuinely wild, native plant, with a long history, and is all the more enjoyable for that.

The plants are not defended as heavily as brambles and the small thorns are less likely than their thuggish relative to shred your skin, or even your clothes, during the gathering process. Another advantage is their early season. The ripe fruits appear well ahead of the ubiquitous blackberry, from late June onwards in a good year. Now is the perfect time to look out for them in sunny woodland clearings, and along tangled, overgrown hedgerows.

Finally, any guesses as to the identity of this plant as described in three recently-published books on wild food?

‘…leaves and shoots make an excellent addition to fresh salads or can be cooked with spinach and other vegetables.’ (2018)

‘Don’t worry about their furry texture; this disappears completely during cooking. […] The young leaf spears, picked in March…make excellent salads, not unlike sliced cucumber.’ (2012)

‘…it is now considered to be quite seriously poisonous, causing dangerous liver conditions and even liver cancer.’  (2010)