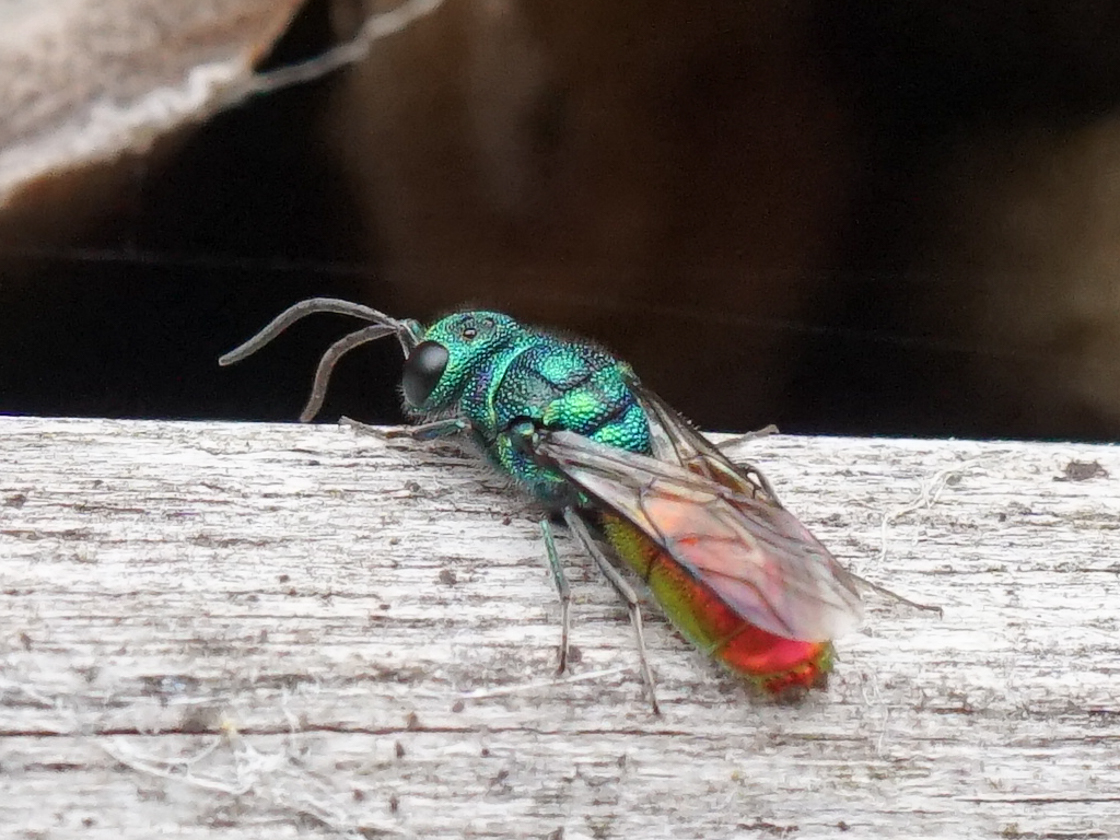 This beautifully coloured wasp usually appears at this time of year exploring the bee hotel in my garden. Ruby-tailed Wasps, also called Jewell Wasps, parasitize the nests of solitary bees and wasps. The female enters the host’s nest and lays an egg in each cell, the lava will then eat the egg or young larva of the host, plus any stored food in the cell.

They are quite small wasps, around 10mm long, but their bright colours and rapid movement easily catch the eye, especially on a sunny day. I was lucky with this one which I saw this week. It was quite sedentary so gave me a chance of some decent photographs. Normally they are constantly flitting around, so that photography is very difficult.

There are several different species of Ruby-tailed Wasp, family Chrysididae, in various shades of blue, green, purple and red. They all have the same armoured shell to protect themselves from the stings of their adversaries. When threatened they will often roll up into a ball. The species are very difficult to tell apart, unless specimens are taken. This one belongs to the genus Chrysis and is most probably Chrysis ignita, the most common of the different species. They can be seen anywhere where solitary bees or wasps occur, garden bee hotels are good places for spotting them.