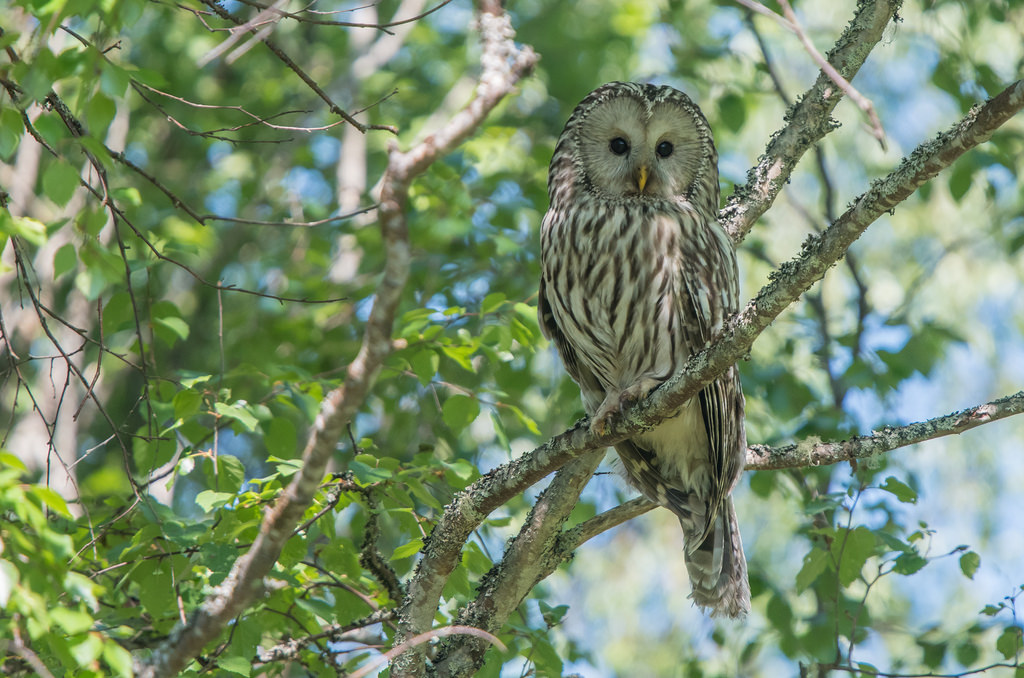 Tim writes: the Ural Owl is a close relative of Tawny Owl, but it is much larger with a much longer tail.  The owl is about half a metre long with a wingspan well over a metre (<134cm), and weighing more than a kilogram.  Tawny Owl by comparison has a wingspan just under a metre and weighs just half a kilogram.  Like Tawny Owl they have all-black eyes, but are relatively much smaller.  They don’t have great daytime vision but are exceptional at night when they catch woodland rodents.  They also take birds up to the size of Jays and Woodpigeons.  They have never occurred in Britain but occur from Scandinavia right across to eastern Siberia, with some small isolated populations around Hungary and the Balkans.  They are named after the Ural mountains in Russia.  This is a female, which are noticeably larger than males.  I took the photograph in southern Sweden.