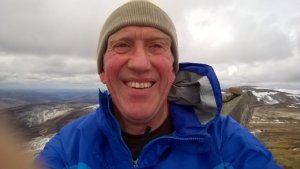 In 2017 I wrote a couple of blogs about habitat damage, mainly in the Peak District (see here and here). Two years on has there been any improvement?

The plastic track crossing Mickleden Beck on Midhope Estate has received a great deal of publicity and in 2018 the Peak Park planning committee approved an enforcement order to remove the track. Some comments were made in committee about the length of time it’s taken to process this case but I think there is overwhelming gratitude that at least one public body is doing its best to protect our uplands from track building.

Following this decision the landowner has engaged a planning consultant and lodged an appeal, insisting this is heard in a public inquiry. There is on average a 58 week wait until such inquiries take place, so whatever happens the track will remain in place for another year. The logs shown in the photo have now been laid over the boggy sections and we all know this is a temporary measure because in time the wood will sink into the blanket bog alongside the shredded plastic.

The track was constructed in a Natural England scheme at a cost of £20,529. The landowner made no contribution and the full cost of the track was borne by the taxpayer. The total amount of public money wasted is likely to be many times that amount when we take into account legal advice, legal representation and staff time at the Peak Park Authority.

Grouse moor owners are bankrolled by taxpayers’ money and such is their self serving sense of entitlement that they suck up our cash with no thought of managing their land for the benefit of the wider community. This track should never have been built and there has been no apology from Natural England. How can this body regulate our uplands when in this case at least it’s part of the problem?

The other track I wrote about was a stone construction on Fitzwilliam Wentworth Estate at Bradfield Moors. Again the planning authority has issued an enforcement order demanding the track is removed and the estate has appealed. But this time there is no mention of a public inquiry. The estate funded this track themselves and as you can see from the photo the weight of stone and vehicles is forming ruts on the edges and pushing up the centre of the track to reveal the logs that are part of the track base. This is what happens when hundreds of tonnes of stone are laid down on a blanket bog. Apparently only lightweight ATVs are to be used on this track but I suspect on a shooting day there will be a column of Range Rovers making their way to the shooting butts at the top. I won’t be going out to verify this because the last time someone did something similar a van load of police arrived in minutes. And this is from the force that seems very reluctant to investigate wildlife crime.

This gully on Bradfield Moors was formed by estate vehicles constructing a new line of shooting hurdles on the far side of the stream. (A hurdle looks like a fence panel and is a temporary or alternative shooting butt). The composite photo shows how the gully has eroded over recent years even after the estate was told to stop using the route. Natural England did eventually tell the estate to repair the gully, using estate money not public funds. And this is what they have done.

I did suggest the posts were sawn down to make the repair a little less obtrusive. It seems driven grouse shooters are unable to walk any distance and the unused hurdles are greening up nicely and returning to nature.

Moorland restoration work continues across the Peak and South Pennines, often in remote and boggy areas such as the western end of Broomhead estate. In this area most projects are managed by Moors for the Future but estates such as Broomhead can opt to run the schemes themselves. In theory this means Natural England have oversight to ensure hundreds of thousands of pounds of taxpayers’ money is well spent. Contractor skills and care for the environment are not always up to the required level and the Broomhead workforce continues to commute across areas of precious sphagnum.

The project has created large areas of bare, un-seeded peat next to the dams they have constructed. This is difficult work for anyone but when adjoining habitat is damaged consistently, oversight and management is needed to address these problems and over several years this has not happened at Broomhead.

In time all bare peat such as the sides of this grough should be re-vegetated.

I’m glad I avoided kicking the boulder in the base of that grough because it turned out to be this:

Broomhead and Midhope in particular were used as firing ranges in World War 2 and shells are still being found. Woodhead Mountain Rescue Team work closely with the Royal Engineers to remove ordnance and in this case they worked out it was a solid shell rather than an explosive one. So the rescue team member just popped it in his rucksack and took it home. Brave man.