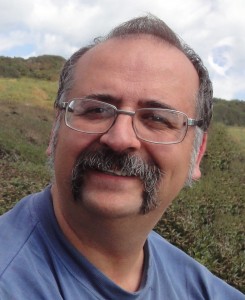 Maerl. What’s that then? Chances are, you don’t know what maerl is, or why anyone else might care. Unless you live in Falmouth – in which case you have probably found out quite a lot about maerl recently. It’s a rare marine habitat which, like many other such habitats, is protected in the UK by European designations. And it was the Falmouth maerl which Chancellor George Osborne was referring to when he said last year “We will make sure that gold-plating of EU rules on things like habitats aren’t placing ridiculous costs on British businesses.”

The maerl beds in Falmouth are internationally important for biodiversity and locally valued for their benefits to the fishing industry, but their fate is particularly interesting nationally because European protected habitats like these are very much in George Osborne’s crosshairs at the moment. Is he right to decide that economic benefits trump environmental sustainability? Or simply indulging in quixotic anti-European political posturing?

Maerl is a collective term for several species of red seaweed, with hard, chalky skeletons. It is rock hard, but brittle. Maerl beds take thousands of years to develop, but can easily be destroyed – making them, like ancient woodland, an irreplaceable resource once removed. In Falmouth, since 2009 plans have been developed to dredge a much deeper channel in the harbour, to allow bigger ships to visit and boosting economic growth. But there’s a problem. The channel would go through some of the ancient, protected maerl beds. At present, the plans are stalled, awaiting a resolution to the problem. But some people think that the need for jobs and money is important enough that environmental concerns should take a back seat now.

Sir John Banham, former chief of the Confederation of British Industry and chairman of the Cornwall and the Isles of Scilly Local Enterprise Partnership (LEP) is a leading proponent of the plan. He was disappointed by the Marine Management Organisation (MMO) refusing to grant consent on grounds of environmental concerns – going even further than the Chancellor in his censure by making it personal:

The MMO are unaccountable bureaucrats who need to think very carefully about who they are working for and who pays their salaries. I am not making my contribution to their salaries for them to make life difficult for the people of Falmouth.

What I am expecting from them is to find solutions to the situation and not indulge in negative bureaucratic foot-dragging. They need to wake up and smell the coffee. We’re not just talking about financial benefits for Falmouth – we’re talking about the hinterland too. We are in an era of austerity and we desperately need new jobs. (This is Cornwall)

Strong words. Luckily for the maerl, we have the greenest government ever rooting for it at the moment. But it looks like a showdown is on the way – so should we care about a few coral beds in Falmouth? I think we probably should, because this scheme is the bellwether that will show us just how far the government is willing to go when it weighs up continued economic growth against protected habitats. The outcome of this particular battle will have ramifications well beyond Falmouth. “If this project is allowed to go ahead, that could set an appalling precedent for all the other protected sites we have in the UK,” said Tom Hardy, a marine conservation officer with the Cornwall Wildlife Trust which opposes the Falmouth dredging plan. “Britain’s marine environment is woefully poorly protected as it is. This could open it up to all sorts of new developments justified on economic needs. It is very worrying.” (Guardian)

Perhaps not surprisingly, during the boom years of the 1990s and early 2000s some of the biggest economic development schemes in Britain’s history took place. At the same time, the network of protected sites, and the EU legislation to protect them, was being put in place. This certainly did prevent some developments from going ahead (one near me was Dibden Bay, finally refused in 2004). But a great many others proceeded, often including work to improve the environment elsewhere. In some cases, arguably the schemes actually benefited the environment overall. And few could say that the economy of the 1990s was stifled or held back by the introduction of all this legislation which is now being described as gold-plated. Yes, that’s right, ‘gold-plated’, like my rapidly-shrinking pension.

After the economic crisis came in 2007, there was some serious recrimination which still goes on today. One of the few things I do not recall being identified as a cause of the collapse is a thriving, sustainable environment. What I do remember, by contrast, is the hard work undertaken over the last 20 years and latterly within the European laws, by many developers and environmentalists to successfully demonstrate that it is possible both to have beneficial development and conserve and enhance the environment. Reading the mounting rhetoric around the Falmouth maerl case makes me fear that George Osborne is preparing to cast aside all this good work, and some irreplaceable heritage. And for what? For the dubious political advantage of defying Europe, and a short-term economic gain.

Matthew Chatfield is an environmental commentator and countryside manager who as ‘The Virtual Ranger’ has edited the conservation website Naturenet since 1995, writing on topics as diverse as spiders, invasive species and litter. He formerly managed Wicken Fen NNR in Cambridgeshire, worked on developing urban fringe countryside areas in the Thames Gateway and Hampshire, and now lives and works on the Isle of Wight.