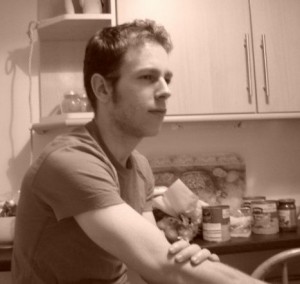 Matt Williams is a campaigner and organiser. He is Co-Director of the UK Youth Climate Coalition and is also undertaking a masters in Development Studies at Cambridge University. He regularly blogs at mattadamwilliams.co.uk

How much is the RSPB’s new partnership with Tesco really benefiting nature?

The RSPB has gone into business with Tesco. No, you don’t need a pair of glasses from Tesco Opticians, you are reading this correctly. The Together for Trees project is very simple – it allows Tesco customers to donate their Clubcard points to the RSPB’s rainforest work. More information can be found on the joint website for the project. I find a lot of the language really positive and progressive, and it’s great to see Tesco’s logo next to images and words about the importance of forest conservation in other countries.

It’s also an exciting chance for the RSPB to influence Tesco. In 1970 Albert Hirschman wrote Exit, Voice and Loyalty. This book explained the importance of voice for influencing an organization or company from the inside. Hirschman argues powerfully that by being inside an organization you have the opportunity to have an internal voice and to improve it through dissent. The RSPB’s partnership with Tesco gives it the chance to have inside influence and to try to change the way Tesco works for the better.

Martin Harper, Conservation Director at RSPB, says “We’ve concluded that tackling a problem as big as the destruction of rainforests is too big for any NGO or Government to solve. Businesses have a huge role due to the impact their supply chains have. We think that it’s only by working with major retailers, like Tesco, that we’ll be able to make a real difference. This partnership isn’t just about raising funds and awareness through the 20 million shoppers that visit its stores each week – although they’re both vital – it’s also about working with Tesco to help reduce the impact its supply chains have on the environment.

“Ultimately there are two aims for Together For Trees; saving rainforests and encouraging other businesses and consumers to play their part. We’re determined to make this partnership a success and I for one am really excited about what I think we can achieve with Tesco to save rainforests.”

However, I would question the overall value of this partnership. Donating Clubcard points is a ‘transaction for nature’, but nature shouldn’t be something you buy over the counter. This makes nature seem like any other commodity. Commodification of nature is generally, in my view, a bad thing. Mark Infield recently wrote an outstanding guest blog for this site about what values (monetary and otherwise) we should and shouldn’t attach to nature. Second, it propagates the idea that you don’t need to leave the artificially lighted, lino-adorned world of supermarkets and high streets in order to connect with nature. Why go outdoors (even to your nearest park) when connecting with nature is something you can buy, wrapped up next to the Cadbury’s Creme Eggs and the chewing gum?

I would question the value of interacting with millions of people a week through the RSPB’s logo if those relationships aren’t meaningful or deep. If the relationships are fleeting and transactionary, I would be surprised if they lead to consumers changing their behavior in any long-term way, as Martin Harper seems to hope for. Quantity is so important only because the social and economic models we have value numbers, growth, quantity and not necessarily quality or depth of relationships – and this very obsession with growth is causing many of the environmental problems the RSPB is trying to solve (including deforestation!).

But perhaps most importantly of all it associates conservation with consumerism. Through the ‘warm glow’ effect of donating to charity, this scheme is essentially sending out the message that consumerism is good and helps to save nature.

In life, our behaviours and attitudes are largely guided by our values. There are certain values – consumerism, accumulation, status, self-image – which might be considered ‘negative’ and have caused a lot of the problems that NGOs exist to tackle (natural resource depletion, community breakdown, selfishness). Other values are more ‘positive’, like universalism, connection with nature, care for our neighbours and community, equality.

Values are activated and suppressed by the verbal and physical messages our brains receive. If a ‘positive’ value is triggered, this also activates other positive values near it and suppresses the negative ones. It’s often best to imagine this as a circle, with ‘positive’ values in one segment and ‘negative’ values on the opposite side. This might sound rather abstract but there’s really strong evidence of the importance of these psychological feedback effects. The Common Cause website has much better explanations of the theory and research behind this.

I would argue that the ‘over-the-counter and in-the-supermarket’ nature of this scheme reinforces consumerist values and thereby suppresses positive values – it puts a positive spin on consumerism. By reinforcing negative values for the sake of a short term win, NGOs have often done so at the expense of strengthening these values’ stranglehold on society in the long-term.  The RSPB’s choices today are making it harder to achieve tomorrow’s work.

So, while the RSPB might be able to raise valuable funds, it is reinforcing those values which make not only its own job harder, but also the work of so many other NGOs, who will face strengthened ‘value-negative’ barriers in wider society. And this lack of joined up thinking and action has been one of the NGO sector’s biggest weaknesses over past decades. The RSPB should think of itself as part of a much wider coalition working towards a better society, not as a lone ranger trying to address a specific issue.

I won’t run down all the sins Tesco might be accused of; but suffice to say that this scheme adds legitimacy to Tesco and its behavior – from battles with local communities to failing to pay a living wage to its bottom-of-the-ladder staff. The positive green-wash corporate partners get from these types of alliances often far outweighs what NGOs receive in return.

I imagine it’s difficult to undo this partnership (although if it is possible that would be a powerful statement), but what I would urge the RSPB to do is think about how it can meaningfully engage with Tesco’s customers and help them connect with nature. I’m not sure what form this should take, but I would say that having a ‘values-positive’ impact through this partnership goes a long way beyond Bags for Life with an RSPB logo. We need to show people, even in an urban setting, that they can see, hear and experience nature for themselves.

Long-lasting and meaningful connections with nature are what the RSPB does better than any other NGO I know, so it must simply deploy those finely tuned skills here. The RSPB needs to move this scheme beyond the idea that you can buy back nature over the counter and get people to invest real time and emotion in their relationship with the natural world.

18 Replies to “Guest blog – Every little helps? by Matt Williams”