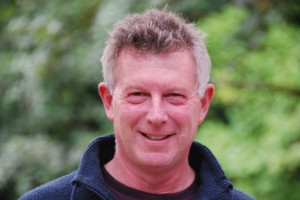 Stephen Moss is one of Britain’s leading nature writers, broadcasters and wildlife television producers. He was the founding producer of Springwatch, and his books include A Bumper Book of Nature, a guide that encourages children to explore the great outdoors. A lifelong naturalist, he is passionate about communicating the wonders of the natural world to the widest possible audience.  http://www.stephenmoss.tv

Natural Childhood, a report written for the National Trust by STEPHEN MOSS, aims to kick-start a nationwide movement to reconnect our children with nature. Here, Stephen explains why he feels so passionately about the subject.

Like many readers of Mark’s blog, I am a birder and naturalist. And like many of you, my passion for wildlife goes right back to early childhood. But as a parent, it saddens me that today’s children don’t have the freedom to explore the great outdoors; a freedom we took for granted when we were growing up.

My interest in reconnecting children with nature really began a few years ago, when I read Richard Louv’s seminal book on the subject, Last Child in the Woods. Louv had realised that his own teenage sons were not indulging in the kind of unstructured outdoor play that he had taken for granted, just a generation earlier. Famously, he coined a name for this modern deprivation: ‘Nature Deficit Disorder’.

There can be no doubt that Britain’s children suffer from Nature Deficit Disorder as much as their counterparts across the Atlantic. They are more unfit, more prone to mental health problems and less able to judge risk than we were. They are also far less likely to develop an interest in the natural world. As someone who has gained so much from my passion for nature, and sees the current generation missing out, this makes me not just sad, but angry as well.

In the report I outline the state of Britain’s children today – a sedentary, indoor-based lifestyle that effectively makes them prisoners in their own homes. I look at the huge benefits of reconnecting children with nature: benefits not just for their own health and education, but also for communities and society as a whole. And I examine the barriers that stand in our way: the dangers from traffic, the misguided obsession with ‘stranger danger’, and the attitudes of over-zealous authority figures who stop children climbing trees and building dens – and who frankly should know better.

I also have a go at conservationists – at least at those who have taken the misguided attitude that when we interact with nature we should ‘take only photographs, and leave only footprints’. For me, this must rank as one of the most nonsensical mantras ever dreamed up. Children need to pick flowers, collect frogspawn, catch tiddlers and net butterflies – how else will they ever truly connect with the natural world around them?

So what can we do to solve this society-wide problem, and reconnect our nation’s children with the natural world?

This is where you come in. Rather than trying to provide all the answers, the Natural Childhood report aims to kick-start a dialogue, leading to a long-term campaign.