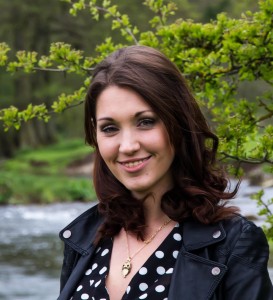 Lucy McRobert is an environmental historian, nature writer, wildlife blogger and Creative Director of the ‘A Focus On Nature’ scheme, which seeks to encourage young people into nature conservation careers in Britain. She gained a First Class degree from the University of Nottingham in 2012; she has written for Nottinghamshire Today in conjunction with Nottinghamshire Wildlife Trust, the Ghosts of Gone Birds international art/conservation symposium, 2020 Vision (2012) and was runner-up in BBC Wildlife magazines ‘Nature Writer of the Year’ competition (2012), as well as blogging regularly for the Leicestershire and Rutland Wildlife Trust.

I’ve heard my generation dubbed as many things: the Millennial generation; Generation Y; and even, to my lasting mortification, the ‘TOWIE’ generation. But, there’s one adjective that I’m rather fond of and that is the ‘Facebook’ generation. Whatever your opinion may be of the internet and social media, there’s no getting away from the fact that it was a member of this young, dynamic and intelligent generation who challenged and transformed the way that we view communication, marketing and advertising in the twenty-first century; and like every other industry in the world, British nature conservation has had to adapt, too.

Since Stephen Moss’s Natural Childhood for the National Trust (2012), adapted from Richard Louv’s Last Child in the Woods (2005), Nature Deficit Disorder (NDD) has become a cause célèbre for nature conservation policy-makers and professionals. There is a growing anxiety that children are becoming isolated from the natural world, wary of the supposed dangers, symptoms of our society’s over-reliance on protection laws, stranger-danger and our dependence on modern technology. Many investigations have outlined the potential problems as a consequence – a deficit in the mental, physical and emotional wellbeing of our children, and a lack of empathy and understanding of the natural world, with potentially dire consequences for the wider environment.

However, let us examine the bigger picture, which is that ‘Facebook Nature’ (my own terminology) has succeeded in bringing the great outdoors directly into the home, allowing for access and interaction with wildlife in a way that simply isn’t possible in physical terms for most ordinary, hardworking, urban/suburban people. So I’d like to raise a glass to just a few of the positive things that the internet and social media have done for the British nature conservation movement.

FOLLOW THE LEADER – Looking at the basics, Twitter and Facebook have played a staggering role in allowing the nature-loving British public to interact with wildlife experts, TV personalities and eNGOs. This can be a wonderful experience, to see a photo that you ‘Tweeted’ appear on national television, or get a response from a nature conservation hero. Some random figures: BBC Springwatch – c.50,000 followers, c.60,000 likes; the average Wildlife Trust – c.3,600 followers, c.1,200 likes; the RSPB – c.56,000 followers, c.35,000 likes – not including thousands who only follow their local region or reserve.

SPINNING THE WEB – If there’s one thing I love about reading an online article, it’s the guaranteed barrage of comments underneath that represent a whole variety of opinions. This kind of intelligent and thoughtful debate (well, mostly…) has been aided by the use of forums and blogging to discuss environmental issues; take Mark’s blog for instance: c.9,000 unique visitors per month, with up to 100 comments per post, reaching an audience of politicians, journalists and conservation professionals as well as normal wildlife enthusiasts. Of course, anyone can say anything on a blog or forum without any credentials or expertise, leading to some outrageous, false or plain boring statements, and so must be treated with necessary caution.

STATUS UPDATE – Citizen Science projects have come on leaps and bounds since the development of the internet. Whilst some, like the RSPB’s Big Garden Birdwatch provide a snapshot in time, on-going surveys, for example BirdTrack, contribute to a growing depth and breadth of information, helping to chart arrival/departure dates of migratory species, and contribute to large scale projects such as the BTO Bird Atlas (2007-11). There were over half a million records submitted to BirdTrack in April 2013, along with 14,600 complete lists, showing a staggering response to improvements in technology (the launch of the BirdTrack App). Detailed surveys like this would be more costly, more time-consuming, and less richly sourced were the data still submitted completely in hard copy.

VIRTUAL PEEPSHOW – Whilst there is the possibility that watching nature on a screen may prevent observation in real life, I prefer to view webcams as stepping-stones to watching nature, especially relevant in areas where wildlife may be less visible. They are inclusive, enhancing a communal identity – for school children and students as well as wildlife junkies, and allow for participation with global audiences; the Nottingham Trent University peregrines have attracted 300,000 views this year, and since January, the Brownsea Island Lagoon camera has attracted over 10,000 visitors, with numbers increasing since the return of the terns. Let’s hope that they start replacing soap operas!

YOU’VE BEEN TAGGED – Wildlife does not respect political boundaries, making the protection of migratory animals very difficult. In recent years, eNGOs have made the most of satellite tagging on birds and mammals to track their movements across continents, often allowing sponsors to track the movements of an individual animal. The WWT stirred up support with the tagging of 11 red-breasted geese in Bulgaria recently, but the award for public engagement has to go to the BTO Cuckoo Tracking project, started in 2011. Maybe it was the celebrity involvement; maybe it’s that the sound of the cuckoo resonates with so many; or maybe it was the optimisation of the internet and social media that has ensured the projects on-going success. Go, Team ‘Chris’!

LIKE • COMMENT • SHARE – Whilst e-petitions can be mildly irritating and arguably irrelevant, evidently we’re not happy to let the government have its wicked way with us. The ‘Stop the Badger Cull’ petition is well past 200k signatures – five times more than the hardcopy petition that halted the Grey Seal Cull (1978). And whilst the torrent of Facebook abuse over Richard Benyon’s proposed buzzard cull seems to have been removed, the Independent’s article attracted 103 overwhelmingly negative comments, 416 retweets, and 1,800 Facebook shares. We are yet to perfect our online campaigning techniques, but it certainly is one way to make your voice heard.

#NATURE – To postulate that the internet can even go a tiny way to replacing our connection with the natural world would be flippant, narrow-minded and dangerous; however, when used intelligently and responsibly, it offers the chance to take British nature conservation to an entirely new level of understanding and interaction. It has the power to educate, excite and engage with a wider audience than any single organisation can achieve through hardcopy publications, or that any educational institution can accomplish when shackled by a counter-productive and safety-conscious curriculum. It has succeeded where every government agency or voluntary body has struggled, by creating a local, national, even global wildlife constituency of millions of individuals interested in the preservation of our natural world. The next ten years will show yet more dramatic changes not only in our ecosystems, but also in the way that we communicate these challenges to a mass audience; it is up to us to decide how far nature and technology can realistically work together for mutual gain.