Magnus Linklater is a former editor of The Scotsman and Scottish Editor of The Times. He is trustee of an estate in Perthshire, and a regular commentator on rural affairs. 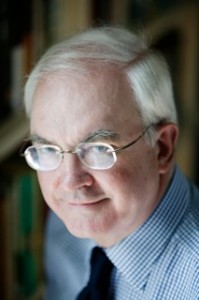 I knew that taking on the RSPB would be nothing but trouble. But I was not quite prepared for the volume and ferocity of the attacks. A howitzer from George Monbiot, derision from Mark Avery, and more than 300 online counterblasts, most of them abusive, a few of them unprintable (“removed by a moderator”) some of them verging on the actionable, have demonstrated that ruffling feathers is a high-risk activity.

Actually, the sheer intensity of the responses convinces me I am onto something. “When everyone is against you, it means you are either absolutely wrong or absolutely right,” wrote a 19th century French journalist. I incline to the latter point of view. Far from wanting to retract, I am determined to pursue my point.

The exchanges, however, are not for the faint-hearted, and they demonstrate why so few critics of the RSPB – farmers, landowners, gamekeepers, even bird-lovers – are prepared to raise their heads above the parapet. They know they will get them blown off.

I want to make one simple point, and then add a few riders. I should certainly have mentioned, in my original article in the Observer, that my interest in this subject stems from the fact that I am a trustee of a Perthshire estate, and have been for 30 years. That is a point in my favour. It means I know a bit about the subject. I am also a journalist, and have been for 40 years, which means I know a bit about investigation.

I know therefore that relations between the RSPB and landowners are very poor, and need to be improved — in the interest of both sides. At its most basic, that was the argument I was trying to advance.

Here’s an example, drawn from my own personal experience. Where we live, in Perthshire, we are in the middle of a Special Protection Area, where the main species of interest is the hen harrier. Over the past 12 years, landowners have co-operated with Scottish Natural Heritage and the RSPB in attempting to improve moorland conditions which will encourage more harrier breeding – principally heather burning and vermin control. This is carried out, in our particular area, by a part-time gamekeeper, salary paid by a stalking tenant.

Despite his efforts, the last RSPB report makes depressing reading: a hen harrier population which was once as high as 12 breeding pairs, has slumped to 0.67. I am not sure what that figure means, but it’s not good news. The reasons are manifold: the decline of grouse, the harriers’ principal food source, a series of rain-soaked breeding seasons, the growth of the tick population, and the presence of various predators, are mainly responsible. No one, not even the RSPB, is suggesting that harriers have been persecuted by humans. Their enemy is either four-legged or two-winged: last year, the only hatched harrier chicks on our bit of hill were “predated” – that is, eaten, probably by foxes, possibly crows.

The only person who is going to control foxes and crows and allow hen harriers to nest and breed is the local gamekeeper. The only way he is going to earn his keep is if he maintains (or restores in our case) a grouse population, because that is the only source of income. When Mark Avery scoffs that landowners are only interested in “delivering lots of grouse to shooting parties in the autumn,” he is actually mocking the very means by which harriers might recover.

My point is that, in this respect, the interest of the shooters and the conservators are the same. They should be talking to each other, not knocking lumps out of each other. My criticism of the RSPB is because I believe they are dishonest on this central issue, that they suppress much of the evidence that supports the case for dialogue, and that they vilify those who advance it. The experience of the last few days has confirmed me in that view.

I am particularly disappointed in Mark Avery’s response, because I know he shares the view that there should be far greater co-operation between the two sides. He has written as much in the Field, and I applaud his position on that.

But there is another Mark Avery who prefers snide insults, sarcasm, and distortion to genuine argument. His response is littered with remarks about the fact that I am an Old Etonian (why is that more relevant than that he went to Cambridge?), that my wife owns a grouse moor, (she doesn’t) that I live in the New Town of Edinburgh (better, or worse, than Avery in “Northamptonshire and Cheltenham racecourse”?) and that I write “lazy, clever journalism.”

Take this example of the Avery style:

“But Linklater himself seems to live in a town, the New Town of Edinburgh, where he no doubt has dinner parties before decamping to the heather-clad hills for country suppers. Apparently it’s OK to live in a town provided you go to the country to kill things now and again.”

What kind of a facile argument is that?

There is a saying in football, about going for the man, not the ball. I prefer the latter. Mark Avery knows perfectly well that there is a serious case to be made about the lack of trust that exists between the RSPB and those who live on and manage the land. He should be prepared to engage in that debate rather than scoring cheap points.

I stand by everything I wrote. The response of people like Monbiot and Avery, who avoid argument in favour of insult, convinces me that I am right.