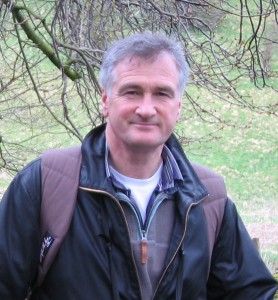 Dr David Gibbons is the RSPB’s Head of Conservation Science, a post he has been privileged to hold for the last 14 years. The previous incumbent in this post was a well-known environmental blogger, not a million miles from this site.

Mark’s blog last week, comparing the quantity and quality of the scientific output of BTO, WWT, GWCT and the RSPB, has clearly led to some heated discussions. Mark chose to highlight the differences between organisations – how some seemed to have more publications, how others had more frequently cited publications, and how these varied over time. Given that conservation organisations invest in science solely to achieve conservation outcomes, rather than to publish as many papers as possible, this academic beauty contest reveals only a very partial story.

Rather than contrasting individual organisation’s metrics, I was more interested in the total scientific output of this closely aligned group. More than 2,300 scientific papers have been published by these organisations since 1981, and these have been cited more than 50,000 times. By any standard, this is a very impressive body of peer-reviewed work, relevant (mostly) to the conservation of birds and other wildlife, and shows a deep commitment by each of these organisations to science. The scientific staff in GWCT, BTO, RSPB and WWT should be proud of their combined efforts to help ensure that our environment will be as rich in wildlife for future generations as it was for those in the past.

It is possible that this figure of 2,300 may be a slight overestimate, as some published papers will be the results of collaborations between several – in some cases all – of the four organisations. Probably the best example of this is the enormous contribution that GWCT, RSPB and BTO scientists, with help from Natural England, have made to the development of wildlife-friendly farming techniques. Many of these methods are now incorporated into government-funded agri-environment schemes, aiding the recovery of farmland birds. And there are still many active collaborations between these organisations.

Mark’s listings of citations and H-indices may be influential in the academic community, but are much less so in the conservation community. They arise from scientists talking to scientists, rather than scientists influencing the decisions made by conservation policy makers, advocates and practitioners. Only through the latter route will conservation science be able to make a difference on the ground. What we really need is a metric of conservation impact, not scientific impact. Unfortunately this is more intangible to measure – though some people are trying. Each organisation should aim to increase the aggregate conservation impact of their publications, not just the number.

But please don’t think that I am playing down the importance of the scientific peer-review process to conservation. Peer review is a stringent test of the merit of any scientific work, and conservation action is likely to be more successful when supported by peer-reviewed science. The process also provides credibility to organisations that produce science. This credibility is much needed when attempting to influence decision-makers in government, business or international institutions, some of whom will be seeking to dismiss the work of conservation organisations.

Like GWCT, BTO and WWT, no doubt, the RSPB is extremely proud of its science. We see it as vital to help keep us focussed, successful, honest and credible. Consequently, we have invested heavily in research and monitoring over the last few decades, and the impact that this science has had on conservation outcomes is increasingly clear.

As Mark pointed out in response to a comment, there are now more corncrakes, stone curlews, bitterns and cirl buntings in the UK than there were several decades ago. More recently, we have begun to understand how to recover corn bunting populations in NE Scotland. Outside the UK, Gyps vulture populations in Asia may have turned a corner in their catastrophic decline from poisoning by the veterinary drug, diclofenac. In each of these cases, science undertaken by the RSPB and partners has provided the foundations for conservation action that has helped, or will help these species. With economists and scientists at BirdLife and elsewhere, we have even taken these ecological studies a stage further, and estimated the cost of reducing the extinction risk of all globally threatened bird species.

And it most certainly isn’t all about past glories. I believe that our scientific programme is more active, diverse and influential now than it has ever been, and contains a suite of exciting new projects.

With the BTO and BirdLife partners in Africa, we are trying to understand why some of our trans-Saharan migrants are in such a parlous state, linking up our detailed ecological work on their UK breeding grounds with their West African wintering grounds. With innovative tracking technologies, and European funding, we are locating the at-sea feeding grounds of our breeding seabirds to aid the identification of marine protected areas, and to avoid (fingers crossed!) conflict with offshore renewable energy installations; do look at the great videos here to learn more . 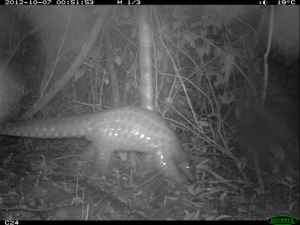 We are developing our understanding of ways to quantify and value the services that ecosystems provide to people, particularly in places where we are undertaking conservation interventions, be they on our own estate or elsewhere. We are using camera traps to monitor wildlife in the Gola Forest in Sierra Leone and the Harapan Rainforest in Sumatra. This is helping us understand the benefits of protection and restoration in these two rainforest projects with which the RSPB is closely involved. This research brings some of the most remarkable photographs across my desk; the giant pangolin image featured here was captured on camera only a few weeks ago, and is the first record for Gola Forest.

This is but a small sample of the amazing scientific work that the RSPB does. And while we are quietly pleased with our scientific publication record, we know we can do better and plan to publish more, and to find better ways to measure its conservation impact. Over the next few years, we intend to develop our conservation science programme even further.

If you would like to learn more about our scientific programme, please do take a look at our annual reports on conservation science.