The winner of the Fair to Nature farming award was unveiled at breakfast at the Bird Fair today and it was…drumroll….Graham Birch.  Congratulations to him and to the two Highly Commended farmers (Ian Crabtree and Charles Porter)(click here for details).  Thank you to Fair to Nature (formerly known as Conservation Grade) for a free breakfast, for this award and for what they do to make our food be a little more sustainably produced.

As you can see from the photo above, Mike Dilger appears to be wearing the trousers he’s had since his teens – I’m very impressed he can still get into them but they are a bit short for him now. Never mind, he was one of my four missing people in the ‘Spot these 20’ just-for-fun competition. I am, now, after two days, on a tantalising 19 out of 20 having added Ian Wallace, David Lindo and Mike Dilger today.  I am only missing Richard Porter but he is easily overlooked in a crowd, especially if you are, as I am, 6ft 3in, as Richard is a bit shorter than that.  I have had reports of Richard being seen both yesterday and today but he has been as elusive as a Little Stint in a big flock of Dunlin as far as I am concerned.  And I bet he has flown already. How many have you seen at the Bird Fair so far out of: Chris Packham, Tim Appleton, Mike Clarke, Stephanie Hilborne, Mike Dilger, David Lindo, Bill Oddie, Martin Warren, Matt Shardlow, Martin Davies, Richard Porter, Findlay Wilde, Stephen Moss, Conor Jameson, Andy Clements, Ed Drewitt, Ieuan Evans, Debbie Pain, Ian Wallace, Ian Newton?

After breakfast it was off to an event in the Authors Wildlife Forum tent. This was about David Cobham’s book, The Sparrowhawk’s Lament, and consisted of David being interviewed by Chris Packham about the book.  I’ve reviewed David’s book for the September issue of Birdwatch and to sum it up  – it’s a lovely book, illustrated by Bruce Pearson, and full of interesting stories about Britain’s birds of prey.  The event was packed! 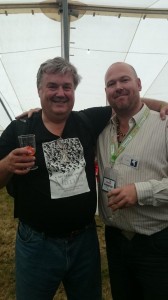 David Cobham is a Vice-president of the Hawk and Owl Trust, of which Chris Packham is the President.  And a car load of Hawk and Owl Trust staff accompanied their Chairman, Philip Merricks, up to the Hen Harrier day event last Sunday.

I then did some book signings on the Wild Sounds, Subbuteo and Birdwatch stands. I signed lots of books and am slightly surprised by how many copies of Fighting for Birds were sold alongside A Message from Martha. Stocks of Martha were running low in some places yesterday – no wonder my Bloomsbury editor, Jim Martin, looks quite pleased with the world.

By the way, I’m signing books on the Birdwatch stand tomorrow, Sunday morning, from 10-11am and on the Subbuteo stand from 11-12midday.

And then at 1330 I am doing a little talk, entitled Fighting for Birds, in the Authors Wildlife Forum if you’d be interested to come along and heckle or ask questions.

Lots of people have been seen wearing Hen Harrier Day t-shirts at the Bird Fair today too, and I’ll be wearing mine again tomorrow.

And lots of people have been asking what the next step in the Hen Harrier campaign is – it’s a good question and one which a group of us will be thinking hard about over the next few weeks. If you have any ideas you want to throw into the mix then leave them as suggestions here or email them to me – or just go ahead and get on with them!

There clearly is appetite amongst ‘ordinary’ birders to keep the fight going – and I’m sure we will.

Yesterday, in the Q&A session, after Tris and I talked about Passenger Pigeons and Turtle Doves,  a lady, in a Hen Harrier Day t-shirt, who had attended Hen Harrier Day last Sunday (was it only a week ago?), stood up and thanked me for helping to arrange it but, much more importantly, and very touchingly, thanked me and others for giving her a way to make her voice heard. And from the way she said it, you could tell  that she wasn’t just being polite but she really meant it. 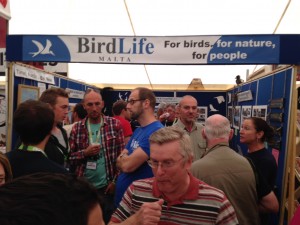 Being part of a campaign, a group of people who believe the same thing, is an empowering feeling and I’m glad that a group of us, not just me, have given birders a chance to have that feeling. It’s actually what NGOs are for, I’ve always thought, to give people a feeling of being part of a movement but it seems as though quite a lot of that feeling is nowadays generated by others such as Chris Packham (over Malta, Hen Harriers and Badgers), Brian May (Badgers), George Monbiot (Rewilding and much more) and others.

Since the Hawk and Owl Trust, in one way or another, are doing such a lot for birds of prey I thought I ought to join – so I did! I filled in the form for a direct debit and am now a member but I also got a copy of the Collins Bird Guide so I’d rush round to the Hawk and Owl Trust in Marquee 1 and sign up as soon as the doors open tomorrow as stocks can’t last that long.

Just across the way from the H&OT are Birdlife Malta where I finished the day and the LACS stand which seemed to catch the mood of the Bird Fair to some extent. 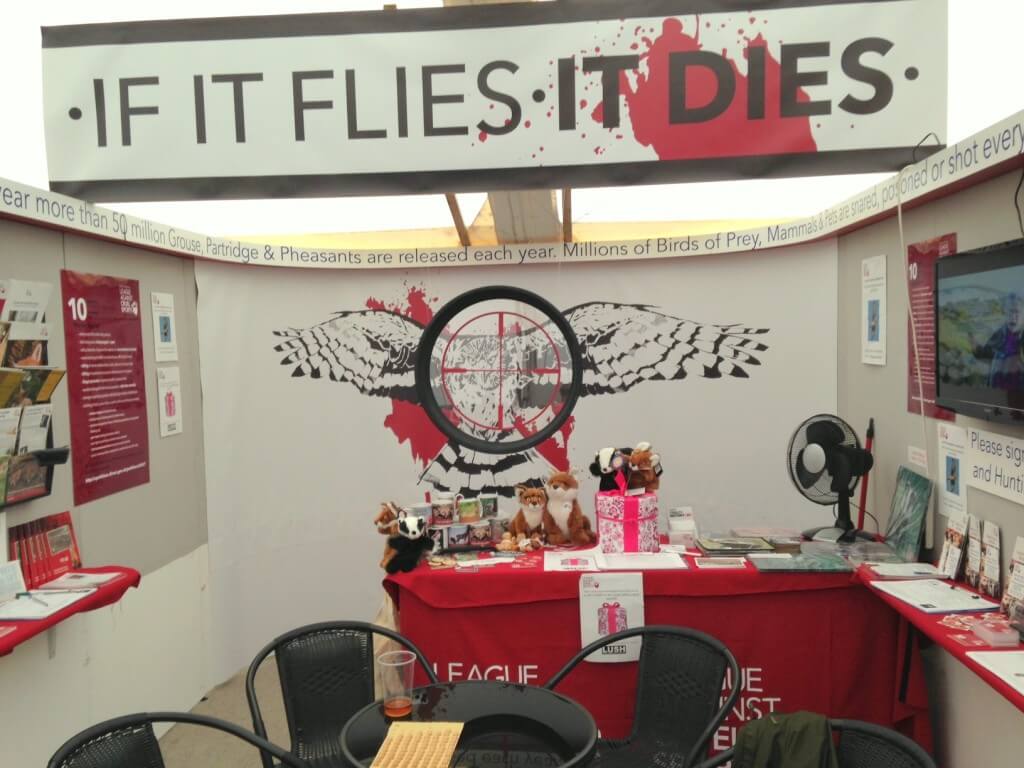