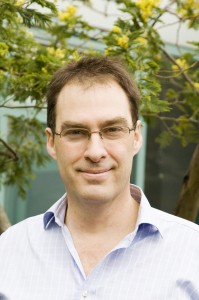 Andy has been a key player in campaigning and research for human rights and development NGOs including the Chile Committee for Human Rights, CAFOD and CIIR (now Progressio). While at CIIR Andy established a ground breaking programme of work on the developmental implications of the illegal drugs trade and co-founded and chaired the European NGO network on Drugs and Development.   Before joining Friends of the Earth, Andy was Advocacy Director at development charity Tearfund, where he established the policy and campaigns department and made advocacy a key focus for the organisation. He initiated Tearfund’s work on climate change which led Tearfund to become the first major UK development agency to identify and launch successful campaigns on climate change as a ‘poverty’ issue.

Andy’s childhood was spent in the tropical Torres Straights Islands of Australia and his teenage years in the East End of London.  After reading Geography at University College London, he completed a Masters in Development Studies, focussing on Latin America. This led to volunteering in Argentina for nine months shortly after the Falklands War, which grew his passion for the environment and social justice.

Andy is married to solicitor Sarah  and they have three children. He is a keen amateur painter, reader of world literature and cyclist.

RSPB’s recent study highlighting how just one in five children are connected to nature made me think of a recent family holiday in France.

From the first morning there whilst I was sitting on the terrace overlooking the Vezere river in the town of La Bugue, I was pleasantly shocked – over and over again.  I saw nature I’d not seen for years.

A swirling cloud of swallows and martins skimmed the river for insects. My young-adult son asked what they were.  He said he’d never seen them before. I felt guilty – have I brought him up so badly?

Wherever we went in the Dordogne, large birds of prey soared above, crossing valleys and forest, river and town. Were they buzzards? Too high for me to tell, but impressive in their constant numbers.

We moved for the second week to the Vendée region, to a ramshakle place by the small river in the medieval village of Sanxay. Almost every morning I opened the sitting room shutters to find linnets and siskins on the bay tree in the courtyard – birds I used to see all the time when I lived in rural Worcestershire in my early teens.

We went to explore the ‘Green Venice’ of Marais Poitevin, an area of swampy forest and marshland, criss-crossed by canals. It’s famous for wildlife. Ironically we saw nothing at all as we punted down dark tree-lined channels. But on the way home, driving through mile after mile of arable farmland, we were joined by a hen harrier – with its distinctive long blue-grey wings – flapping idly over the wheat fields to our right. In the UK you have to go to an RSPB reserve to stand a chance of seeing one.

We hired kayaks one morning. Approaching a fair-sized town, a small, graceful, wader-like bird flitted across the river in front of us and took up position on a low branch on the opposite bank.  Whatever it was, I’d never seen one before, anywhere. My trusty Collins Bird Guide showed it was a wood sandpiper. Apparently they used to be common in the UK.

We visited a small local chateau. As we crossed the old stone bridge over the moat, a small, narrow wave rippled the water and apparently headed for the opposite bank. I hadn’t seen that unmistakeable sign since childhood in tropical Australia: a snake swimming!

Ever-present nature was a delightful bonus to the holiday, and not one I had given a thought to before we set off. I was struck by two things though.

First, I was seeing nature all around me – without even looking for it. This included some species I saw frequently in my early teens in rural UK countryside, but which you would struggle to spot now.

Secondly, it hit me that my children – now young adults – had little idea what they were looking at, even with birds I regard as ‘common’. Contrast this, say, with my father. Without thinking of himself as a birdwatcher, he would probably have been able to name most of the birds we saw, simply because he absorbed the knowledge of that nature around him, where he grew up, in the Vale of Evesham.

The key challenge for those of us who want to protect the environment is to turn that tide and help people know and value nature again. I’m proud that Friends of the Earth has made great strides recently with The Bee Cause – to reverse the decline in bees and other pollinators – and through this campaign, to re-engage more people with nature. The challenge is being taken up by others too, including the film industry – Project Wild Thing, on national release now, is an ambitious film-led movement to get kids outdoors.

But to achieve faster and widespread progress, politicians must transform their own thinking. All parties’ action on the natural environment is way behind what nature, people and our economies require.

As manifestos are developed ahead of the next election, it’s critical that we persuade the political parties to raise their ambition and commitment to restoring nature in the UK.  Indeed future government action will be crucial to us achieving one of our 10 year strategic goals – to see the UK firmly on the path to restoring key aspects of nature.

I wish I could send our entire political class on a holiday where they would be stunned by the abundance of nature, and then commit them to reversing its decline in Britain. But I can’t. So I’ll have to campaign instead.

Do remember to vote in the poll to pick the Westminster MP who did the best job for wildlife in 2013.  Voting started Monday and has already attracted over 900 votes.

8 Replies to “Guest Blog by Andy Atkins – Seeing without looking: the joy of abundant nature”