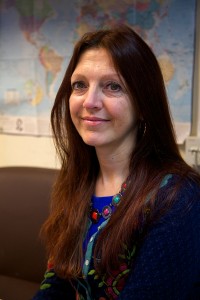 Dr Debbie Pain, the Conservation Director of the WWT, was recognised by the Zoological Society of London last week with the Marsh Award for Conservation Biology.

Debbie worked ‘for’ me (in fact I appointed her) and then with me at the RSPB for 16 years before heading off for WWT.

Debbie has done ground-breaking and influential research on many aspects of environmental chemistry and conservation biology.

She is a world expert on lead poisoning in birds (its causes and impacts on individuals and populations) and led the RSPB research on the impacts of diclofenac on Asian vultures (and the successful search for a safe alternative).

Now at the WWT her work also involves saving the Spoon-billed Sandpiper and the Madagascar Pochard.

Debbie is one of the most hard-working, dedicated and passionate conservationists that I know.   As her ‘boss’ one’s main tasks were to stop her from taking on too much work (or help her out when she did) and to find the resources within the organisation to let her to what she wanted to do – because it was always worthwhile.

Debbie is a great role model for any aspiring conservation scientist.

I’m really pleased that Debbie won this award. She deserves to be recognised because of the quality of her science, the relevance of her science to saving species and her passion as a conservationist.  Also, because she has received quite a lot of rudeness and unpleasantness from just a few members of the shooting community because she has led the work which shows how damaging ingested lead from ammunition can be to wildlife, and to a lesser (but still important) extent to people.