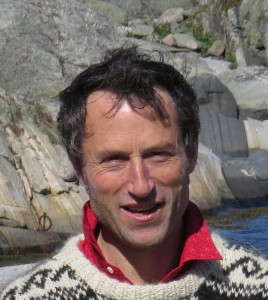 Rob Yorke (@blackgull) is a hunter naturalist and rural commentator based in the Black Mountains of South Wales. He carries, at times, both a gun and binoculars and outlines below a possible scenario set in northern England after a ban on driven grouse shooting has been in force for a number of years.

The characters are fictional – the web links real – it’s up to you as to how the scene plays out in reality.

The young gamekeeper, Terry, has been in south west France on a conservation course involving the relocation of Montagu’s harrier eggs and chicks from nests in arable fields about to be harvested.

Based on this secondment, he was full of new ideas around his new job as under-keeper on a grouse moor in the Pennines. Unfortunately, his arrival at his train station had been a muted affair, for what Terry’s father had told him, shattered his dreams of the pioneering ideas he was proposing to bring to his new job.

Newspaper clippings lay in a neat pile in his parent’s sitting room at home. ‘Driven grouse shooting banned across England’ was one of the less lurid headlines. One particular bird of prey had been become an icon. The hen harrier (global population of ‘least concern’) but increasingly rare within the UK partly due to illegal persecution as a result of the conflict with driven red grouse shooting (found only in the UK) by the harrier’s tendency to eat the surplus grouse managed by game keepers before they could be shot.

His profession had become defunct.

Terry needed to get some air. He drove towards the hills on the warm spring morning and passing through the fields of one of the farms just below the moorland, Terry stopped the car, amazed by something he’ll never seen before. A male hen harrier was quartering the rough edge of a grass field. He was delighted to see a harrier on home soil (rather than all those French Montagu’s) but intrigued as to why it was so low down off the moorland.

The bird disappeared out of sight, Terry drove on up and was greeted by a sight that caused him to let the car roll to a halt. Tears pricked in his eyes as he surveyed the scene in front of him. A massive wildfire had swept across hundreds of acres of peat moorland, uncontrolled, a black line stretching as far as the eye could see into the horizon, the breeze carrying grey ash to his nostrils and settling on the stream.

Gamekeepers gone, there had been no strips of controlled ‘cool’ burn fires that just removed specific areas of old heather to enable new shoots to emerge for young grouse, other plants to thrive such as orchids as well as act as fire breaks. The arsonists had had free rein to torch the winter dried leggy, over grown heather; destruction complete, the hot burn of an uncontrolled fire digging deep into the peat releasing tonnes of carbon.

He noticed an unnaturally bright green area in the distance. Getting closer, he could see that the moorland had been converted to intensive grassland; drained and stocked with sheep. The loss of investment in moorland for grouse shooting had encouraged the owner to sell off chunks to eager farmers. Unlike the mainly privately funded grouse moors, it was acknowledged that some of the publically subsidised farming practices had caused a long term decline in wildlife on this fringe land.

It was time for a walk. Terry was used to the open moorland, so strode off up through the thick heather but when it became waist height with areas of bracken threatening to tower over his 6 ft height, he had to turn back to find the well tramped footpath.

An old sign erected by an raptor-watch group offering a reward to those reporting anything around ‘death, injury or disturbance to hen harriers’ had weathered over the years. This protectiveness had caught some unintended victims. A local raptor-watch member had been being jailed for over zealously protecting a hen harrier’s nest causing it to desert; walkers had been fined for unknowingly coming close to where harriers nested and there was even talk of overuse of satellite tags weighting down young birds.

The hill should have been alive with grouse setting up territories but his walk was becoming uncannily similar to one he had undertaken in the desolate uplands of mid Wales. Nothing stirred but the odd meadow pipit. No curlew or lapwing but plenty of crows feeding on plump carcasses of foxes killed on the roads. The fox population was here to stay and burgeoning. Thriving on voles in deep cover, snacking on the last remaining grouse and waders, some foxes had even snatched female hen harriers off their nests. By day, the foxes hid out in the new conifer forests being planted on the once purple heather slopes. The bees had long left their foraging grounds and the village stores recycled their once famous heather honey jars.

Terry needed a drink. He wanted to talk to others about how this come about when he had so much promise, as a new generation gamekeeper, to see a way to end to this long running conflict. There was no doubt that keepers were encouraged to kill raptors. It was all written down in books on game-keepering from 60 years ago. It was even an obligation in the National Trust’s agreement with shooting tenants in the 1950s.

But things had moved on, but some hadn’t.

The first person he met in the pub was a National Park warden whom had known Terry’s uncle who had been a gamekeeper. He had given it up after a few years having fallen out with his employer based on pay for the tough working conditions and run-ins with aggressive deer poaching gangs. The extraordinary early and late hours and lonely hours had taken their toll on him.

He had become disillusioned by the animosity building between shooters and conservationists who he thought might have been on the same side. He had become angry with both parties. There was no doubt that raptors had an impact on red grouse but those greedy landowners who turned a blind to illegal killing of raptors or even encouraged it, were on a self destructive path to see the end of shooting. He was just as infuriated by those that held raptors up to be sacrosanct without exception, unaware that raptors have to co-exist alongside human activities in the same area and how in other parts of Europe, raptors were actively managed to the benefit of both the birds themselves and humans.

If you could ‘control’ bullfinch under licence for eating commercial crops, why couldn’t you non-lethally manage raptors for the same reason?

His uncle sensed that he was resented because he a carried a gun as part of his job, yet he understood and loved nature greatly. The two, in his mind were inseparable, part of the same equation when managing some wildlife; whereas some keepers saw it as their duty to eradicate as many predators (though some observers though this just meant raptors), his uncle had started to weight up the much harder, expensive option of improving habitat and only managing those predators that had a direct impact on the wild game birds he was husbanding in the uplands.

A rain shower battered the pub’s windows. Volatile weather  was a big player up here in the uplands and the complexity of how this played out within the interaction of habitat and predators was still poorly understood. There was an ongoing ten year demonstration project in southern Scotland but some observers, impatient to wait until the end of the project in 2017, were jumping to conclusions that some techniques were the silver bullet to ending the conflict. In England, the government had worked up a joint management plan but this had not been published due to intransigent positions and fear of ‘adaptive management’ involving some tough decisions in the requirement to manage wildlife in balance with other valid concerns.

No one had really bothered to understand why keepers became so protective of their charges – a farmer with their livestock, a shepherd with wild animals – a deep seated ‘fear’ of hooked claw, sharp beaked, and carnivore toothed predators taking their stock. No one really saw or perhaps wished to see, that the keeper’s role had a wider beneficial effect on other wildlife, enhancing habitat, creating much loved landscapes.

The warden reminded Terry of when he had helped keepers erect signs explaining that the use of crow traps on the moorland were integral to not only benefitting grouse broods, but a wider selection of upland wildlife. The inception of the Larsen trap had been sanctioned by conservation organisations as a tool to assist keepers replace the use of poison which had been stopped for the control of predators. But few wanted to understand the notices and traps were frequently vandalised by those not bothering to wonder about the lack of curlew in the marshy upland areas. The SSSI status of the moorland had deteriorated once driven grouse shooting had been banned – made worse by the recent spate of massive wildfires.

Terry was immersing himself in detail that flew way over the head of most people. Why should we be interested in a remote land nowhere near where most of us lived when it had been much easier to press a laptop key to ban something unpalatable when the reality was that much more was at stake?

A retired policeman who had organised the beaters for the driven grouse shooting was particularly morose. The disbandment of his merry gang of beaters – youngsters who came out from town in a mini-bus every season – had left him bereft on the loss of his sense of position in the community. Even the butcher now only stocked traceable French farmed rabbit to replace the wild grouse that once supplied an active seasonal market and two of the local hotels had folded on the lack of visitors to the now desolate abandoned moorland.

However, discussion in the pub was still earnest, still surprisingly ambitious though tinged with realism. Can we learn to compromise, back down from entrenched positions, landowners seek better management plans to produce commercially viable bags of grouse to then plough back investment into enhancing moorland for wider public benefits? Predators to be controlled only where this resulted in an increase in grouse numbers and upland waders; raptors managed to ensure that both they and the rural economy thrived, thus providing a social and financial structure crucial to keeping some of our wonderfully remote places alive into the future.