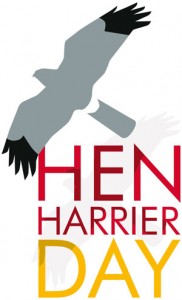 Good bye Simon Barnes and hello Jim Dixon in Saturday morning’s Times.  That’s somewhat ironic given that Simon wrote about the lack of raptors in the Peak District and Jim is the Chief Executive of the Peak District National Park.

Jim emailed me to say he was sorry that he couldn’t come to our protest rally in his National Park but his ears were probably burning on Sunday morning as his name was mentioned. Quite a few local naturalists were surprised and incensed that Jim wrote, presumably in a personal capacity, ‘…a bird that has a proven disruptive influence on wild grouse exists uneasily with raising large bags of grouse for sport. The naturalists will be angry tomorrow, but it’s hard to see anger doing any practical good for hen harriers. Enlightened moorland owners and a new generation of keepers who show respect for nature hold the future of this special bird in their hands‘.

Some saw that as unnecessaily understanding of the criminal activities that have reduced hen harriers to such low numbers in the English uplands, and unnecessarily dismissive of the views of the people whose taxes pay for the National Park activities.  It might also be seen as a little presumptuous to write about a group of people’s views many days ahead of them expressing those views, and a little odd not to come and see if your guess about their views was right or not. Well, that’s what I heard people say, but Jim didn’t, because he wasn’t with the sodden 570 on Sunday morning.  If he had been, he would have found a lot more smiles than anger.

55 Replies to “The Times they are a-changing”