When I wrote in my blog of 1 January that I would help to organise a peaceful protest against Hen Harrier persecution in August it was a little like jumping off a cliff – with my eyes shut!  It was my way of committing myself to do something even though I didn’t know how, where or when – but I did know why.

Yesterday I landed after that long jump – on a wet patch of grass in a crowd of 570 others in the pouring rain in the Upper Derwent Valley in the Peak District.  And despite the torrents of rain – I couldn’t have been happier.

As we gathered at 10am we knew that not only were three other events happening (in Lancashire, Northumberland and, of all places, Radipole in Dorset) but also 2.3 million social media messages were being sent across the world, and, in fragrant Lush stores across the UK, Sunday shoppers were learning about Hen Harriers.

In April 1932, a few miles from where we stood, sodden, in the rain, a group of people carried out a mass trespass on Kinder Scout to reclaim access to the moors for the people,  Maybe, yesterday we, the sodden 570, started to reclaim the wildlife for those moors. We were standing in a National Park which has a blemished and tarnished reputation because of the level of illegal persecution of birds of prey within its boundaries in fairly recent years. A National Park which is famous for wildlife crime amongst raptor enthusiasts – rather like many of the rest of our National Parks.  This is a scandalous situation.

Yesterday we sent a very strong message to grouse shooting that it should have cleaned up its act and to politicians to stop treating wildlife crime as unimportant.

One politician who has clearly listened is the Shadow Environment Minister, Barry Gardiner, who was getting as wet as the rest of us. Barry had travelled up to the rally to meet people and talk to them, and he has spoken out in Parliament on the subject of raptor persecution more than but a handful of other MPs.  It was great to have him with us for the day and I hope he takes the message back to the Labour Party that it needs to promise us some tough action on wildlife crime if it is elected next May.

So our thanks to Barry but my thanks go to every single person who came to the Peak District yesterday. You came from as far afield as Essex, Upminster, Cornwall, Wales and Inverness to show your support for the Hen Harrier and your outrage at wildlife crime.  Thank you for coming. You made it a soft and very happy landing.

That bloke Chris Packham made a great speech and Findlay Wilde brought a six foot Hen Harrier with him.  It should all be on You Tube later today. 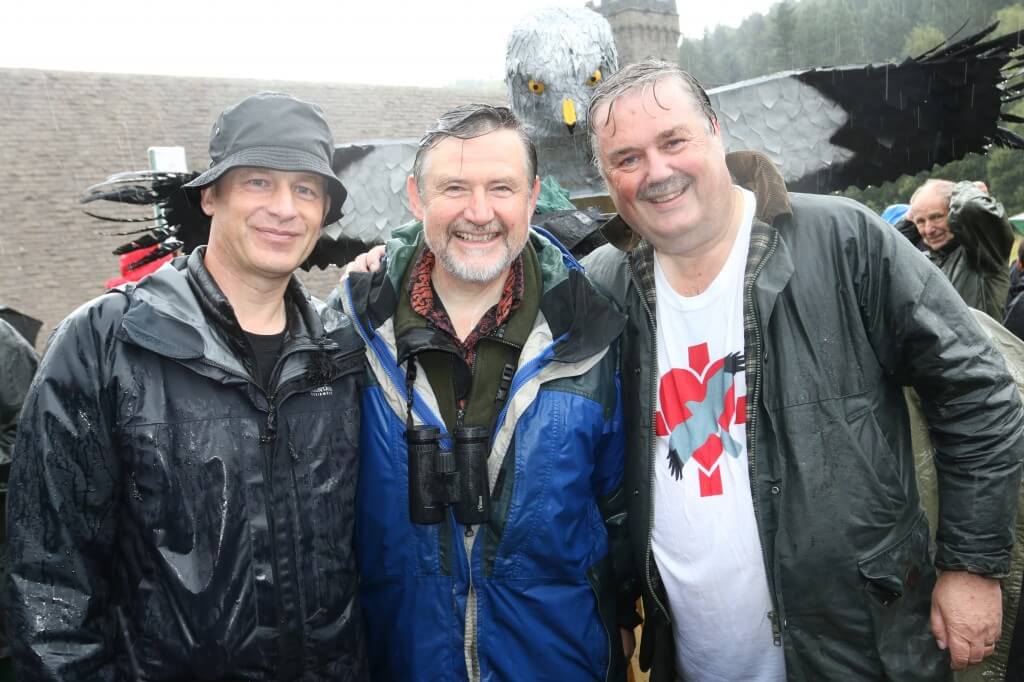