Yesterday a gamekeeper in Norfolk was found guilty of poisoning 10 Buzzards and a Sparrowhawk.  It’s hardly news except that this is England’s worst single case of bird of prey poisoning. But ‘Well done!’ to Norfolk Police and to the RSPB. And District Judge Peter Veits said some interesting things too.

If this had been a school teacher doing the poisoning, or a postman, or an estate agent then it might have been news but a gamekeeper? That’s what we have come to expect and our expectations are rarely ‘disappointed’ though our disappointment in the shooting community continues to mount.

Things are rather better in the lowlands than they used to be, in general, and are better in the lowlands than the uplands (not saying much) so we shouldn’t be too downhearted, and, of course, we now do have Buzzards and Red Kites in much of lowland England which was not true a few decades ago.  But it does seem as though there is an awful lot of rottenness in the shooting ‘community’.

They can talk as much as they like about a ‘few bad apples’ but those are what spoil the barrel.  Shooting’s reputation is tainted again and again by this type of case. And leaping in to say ‘the tags might have failed’ every time a bird of prey disappears in suspicious circumstances just gives the impression that organisations representing shooting are desperate rather than realistic.

Imagine if birdwatching faced news stories every few weeks about scandals and illegal behaviour. What impact would that have on us all?

And these cases are going to come thick and fast with modern technology and increased public awareness. There will be more and more and more news of this type over the next few weeks, months and years.  How will shooting respond? Denial?

And let us be clear, these cases are the tip of the iceberg. It’s very difficult to know the size of the iceberg – but it is clear that we only see its tip.  It is really, really difficult to know that a bird of prey has been killed on an estate. Most birds of prey are not satellite- or radio-tagged, but even when they are the information does not necessarily lead to prosecutions. Any birds that are shot will have their bodies disposed of by the person who shot them. Poisoned birds don’t fly far and their bodies can be hidden or destroyed.

Take the very sad case of the murdered child Alice Gross whose body was found in the River Brent yesterday. She disappeared over a month ago in a highly populated area, her parents reported her missing and CCTV revealed her last sighting to within minutes and her last location very accurately. As the time went on it felt overwhelmingly, and agonisingly, likely that this was a search for a teenager’s body, and resources piled into the search but it took over a month for that part of the tragic story to end. Quite rightly, no missing bird of prey has anything like the resources devoted to it as does a missing child but that does mean that the chances of finding evidence of a crime are relatively tiny. Therefore, although we know that few teenagers are murdered in our towns, we know far less about the scale of murder of protected birds of prey in our countryside.

How big an iceberg of raptor persecution is there in the countryside?  You will find it hard to find a shooting estate where anyone has a good word to say about most raptors.  Those organisations that represent the landed gentry are those that oppose the reintroduction of native birds of prey to areas where they were extirpated. A single ‘keeper, if active against birds of prey for much of his career may be responsible for the unrecorded deaths of hundreds, maybe even thousands, of fully protected birds of prey.  How far down the road from where you live would you have to go to find a ‘keeper with that attitude?

How shocking would be the story if we knew all the facts?

How embarrassed would be those who shoot if we knew all the culprits?

BASC chairman Alan Jarrett said: ‘BASC utterly condemns any persecution of birds of prey. Nothing can justify such actions. Every law-abiding person involved in game management and shooting will denounce anyone involved. In this case the law has run its course and justice has been served. Shooting is rightly proud of its excellent contribution to conservation. That record should not be tarnished by the actions of a few who believe they can flout the law.’.

Fine words, Alan, but wearing very thin aren’t they? How many times have you said the same? How many more times will you have to trot this out?  Shooting is proud of its contribution to conservation is it?  You know what they say – pride comes before a fall? 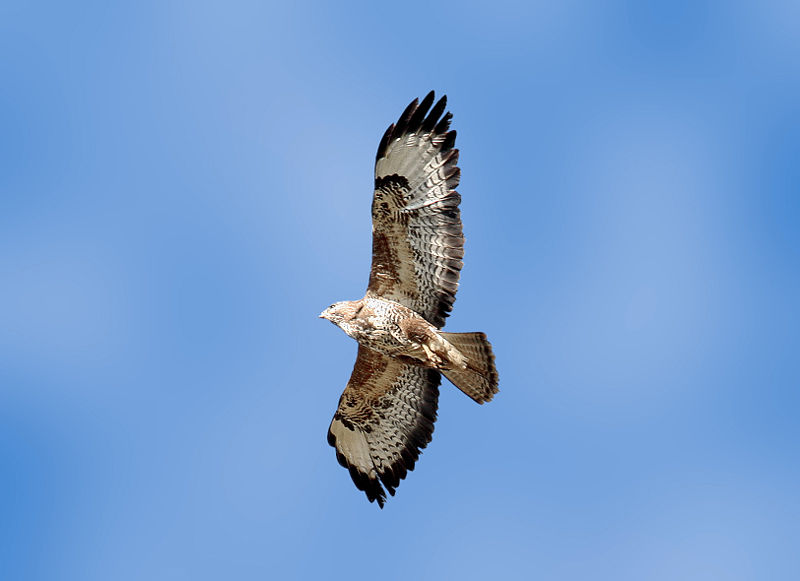 17 Replies to “A nation of raptor-haters? Not all of us.”