People-watching is very interesting at the Bird Fair – it’s almost as much fun as birdwatching.  I spotted four people at the Bird Fair over the weekend whom I regard as heroes – and none was wearing a VIP badge. 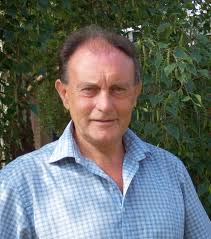 Ian Newton: Professor Ian Newton OBE, FRS, FRSE is the leading British ornithologist of our age.  Ian’s New Naturalist on finches was one of the first bird books I bought (as a schoolboy) and he was signing copies of his new New Naturalist (Bird Populations) at the Bird Fair on Friday.  Ian is a hero to many of us because of the quality of his research, the clarity of his writing and the wisdom of his advice.  You won’t find Ian Newton on Twitter but you will find his books in libraries for decades to come as his body of work will stand tall for that long.

Ian knows his birds but a study of birds has led him to think deeply about what limits the levels of bird populations, what determines the geographic ranges of of birds and how have predation, disease and food resources shaped bird behaviour.  And if you substitute the word ‘animal’ for ‘bird’ in the previous sentence you will understand that Ian’s research has implications and impacts far beyond the birdy world.  Not bad for a childhood egg-collector (it was legal in those days)! 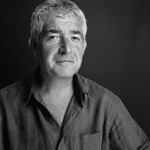 Tony Juniper: former Chief Executive of Friends of the Earth, Tony probably did more than any other single person outside government to get the UK a Climate Change Act which leads the world (if only he could get us a government of which we could say the same).

It will surprise some to learn that Tony is a birder (and a fisherman) but he is – and he worked for BirdLife International when it was still ICBP.  One of Tony’s excellent books is on the Spix’s Macaw.  A passionate environmentalist and a charismatic leader, Tony is one of my heroes and it is only slightly galling that he is a few years younger than me!

Alistair Gammell: Alistair was my best mate on the RSPB Management Board although we didn’t always agree about everything (but we usually did).  He was a leading light, possibly the leading light, behind the creation of BirdLife International, and was very influential in getting the EU Habitats Directive adopted across Europe.

I suspect that few people recognised Alistair as he and his wife strolled around the Bird Fair on Saturday but if everyone there handed him a £20 note as he walked past it would still be greatly undervaluing our debt to him. 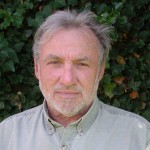 Richard Porter: last, but not least (though he is the shortest), is Richard Porter.  When I joined the RSPB staff in 1986 there seemed to be quite a few people who thought they were important in The Lodge building but I was thrilled to meet Richard Porter as his Flight Identification of European Raptors (with Willis, Christensen and Nielsen) was a classic book that taught me and everyone else so much about how to distinguish between the different eagles, hawks, falcons and buzzards.  And Richard didn’t act as though he thought he was the least bit important – he was a real laugh (and still is!).

But Richard’s contribution to birding and bird conservation has been immense over the years.  He knows everyone, is good at putting people in touch with each other and led the RSPB investigations work for many years.  Another internationalist he has worked with BirdLife partners in the Middle East and elsewhere to give practical support and advice to many.  If you are a birder or you care about bird conservation then Richard is on your side and will try to give you a helping hand.

Now I wouldn’t want you to think that these four blokes are perfect – I know them well enough to know that none of them is (and they know me well enough to get together and compile a devastating list of my faults and weaknesses – so let’s hope they don’t).  Expecting our heroes to be perfect is a fast road to disappointment.  These are  real people who have made huge contributions to the conservation of the natural world through their lives (and they all are still doing that).

And nor would I want you to think that they’ve all finished their heroic contributions – each is still mightily involved in environmental issues.

There’s another point to make here too.  Just as our heroes are imperfect heroes, our enemies are not cut-out villains.  In the real world, whether it be the real world of the environment or not, the bad guys don’t wear black hats and ride black horses.  Our opponents are not thoroughly bad people.  And they aren’t, often, less amusing, less cultured, less dedicated or less intelligent than us.  They just have different values and want the world to be different from our view.  They aren’t thoroughly evil – it would be so much easier if they were.  But just because our enemies are often quite nice people it doesn’t mean that they are our friends in terms of making the world a better place for nature.

I wonder whether the Bird Fair should make space for  stands of the Countryside Alliance, the Moorland Association, the National Farmers Union and the Conservative Party at the next Bird Fair?  All these organisations seem to have decided to take an anti-environment stand at the moment (that’s my reading of where they are) although there is no reason why they should be stuck in that position for ever.  When I used to go to the Game Fair I would always come away with some of my views reinforced and others weakened, depending on who I talked to and what they said.

Next year’s Bird Fair is the last before the next UK General Election.  Why not have a debate between the environment spokespeople of each of the parties at the Bird Fair (attendance at Bird Fair events is not compulsory after all)? Why not invite the President of the NFU to set out his solutions for the farmland bird declines as a guardian and steward of the countryside?  Maybe the Moorland Association would like to tell a few hundred birders their thoughts on hen harrier conservation? Would the Countryside Alliance debate the issue of lead gunshot with WWT and the RSPB (they wouldn’t at the Game Fair)?

If there is going to be a decent amount of wildlife at the time of the 50th Bird Fair then we need to do better than we are doing at the moment.  Recognising some heroes and villains would be a good start.

I enjoyed the Bird Fair immensely.  It’s a pity that there were fewer people than usual (based on my poll of coffee vendors, ice cream vendors and beer vendors – all of whom said that takings were down).  Maybe that was due to the entrance prices going up, maybe because of the weather (and the weather forecasts) or maybe, just maybe, because it’s getting a little bit stuck in a rut.  Are we talking to ourselves a little too much?

When the Cheltenham Festival changed from a 3-day to a 4-day event the fun and excitement was diluted.  I could stand another day of the Bird Fair if there was something new added to the mix.  And if I were going back to Rutland today then maybe I would encounter the missing three people from my list of ’50 to see’; Keith Brockie, Simon Papps and Ruth Miller eluded me.