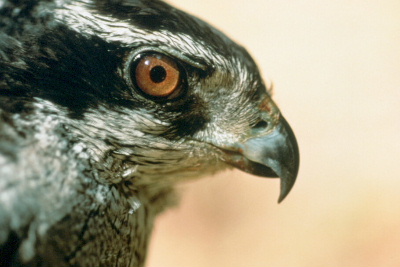 Video evidence was used to secure a conviction of a Scottish gamekeeper for wildlife crime yesterday in an important case.

I don’t know any more about this case than you can read here, here and here. This killer killed a Goshawk.

The fact that video evidence was admitted, I guess making it a pretty straightforward case, was a bit of a departure in Scottish wildlife crime cases.  There may be more similar cases in future.

The statement by the Scottish Gamekeepers’ Association was astounding even by their standards. It’s a bit incoherent but I think you can get their drift:

‘If this is to be the direction of travel, it is not right for Scottish Government to deny people whose livelihoods come under pressure due to the activity of certain species or animals, recourse to a legal solution to solve that conflict.
Currently, there are no legal or scientific means by which people can protect their investments or jobs in situations exacerbated by conflicts with species. Scottish Government has never granted anyone from the game industry a licence to protect investments, which they have the power to do, although it does grant licences routinely to other industries. This, in our view, is a barrier to justice and does nothing to prevent wildlife crime.‘
They seem to be saying ‘Protected wildlife, like Goshawks, are inconvenient to gameshooting. If you made it legal to kill birds of prey then nobody would have to worry about illegal killing of birds of prey because…it would be legal killing of birds of prey.’. Well, you can’t, in a way, argue with that.
The same SGA website says that five of their members have been thrown out of SGA for wildlife offences in the last three years.
One has to wonder, and I do wonder, if you had a covert video camera on every Larsen trap in the UK how many birds of prey would you find being caught and then killed, and which profession would be caught doing that killing? Improved technology, whether it be better cameras and longer -lasting batteries for them, or satellite tags and longer-lasting batteries for them too, seems to lead us towards the conclusion that there is an awful lot of killing going on out there.
H is for Hawk, and horrific, horrendous and humiliating.
A is for appalling, antisocial and atrocious.
W is for when will wildlife crime end?
K is for ‘keepers are doing most of the killing.
[registration_form]