Mark writes; this was originally posted as a comment on yesterday’s Guest Blog by Tim Bidie but it seemed so good to me (and so long) that it might  be better to publish it this way. 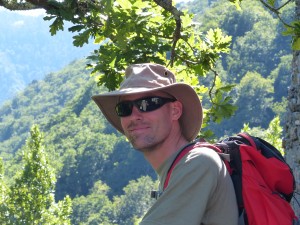 Hugh Webster is a a biology teacher with a PhD in Behavioural Ecology, earned studying competition between large carnivores in Botswana.

Credit to Mr Bidie for engaging in debate. At least he tries to make rational points and these can be weighed up.

Accordingly I have tried to reply to each of Mr Bidie’s major assertions:

Assertion 1: Sitting Bull, the victor of Little Bighorn, was a hunter gatherer who valued wildlife. There is no contradiction there. Animal life was exploited, yet cherished. Most countrymen in England today hold to that same belief.

Reply 1: Grouse shooters shoot hundreds of birds for fun and may then eat one or two. Unwanted dead birds end up burnt in pits. Animal life is cherished by these people to the extent that populations are managed to ensure a shootable surplus. How caring! Animal (and plant) life that conflicts with this goal is certainly not cherished; witness the gamekeepers’ snares and antipathy for predators in general.

Assertion 2: Eradication of apex predators in Britain by man has allowed other, smaller, predators to flourish, at the expense of various prey species, particularly ground nesting birds. That creates a responsibility for wildlife management.

Reply 2: Of course removing apex predators can allow smaller predators to flourish and yes that can have an effect on their prey, although note that this effect is not always straightforward. When apex predator wolves were removed from Yellowstone in the 1920s by misguided wardens (bit like gamekeepers), the smaller predators like coyotes flourished but so too did the wolves’ prey, the deer. Equally removing all predators (as occurs on red grouse moors and as so many “countrymen” seem to advocate) releases their prey completely from predation pressure with consequent impacts on vegetation and increasing susceptibility to disease.

So this lamented absence of apex predators sounds to me like a strong argument for the reintroduction of wolves to Scotland, sea eagles in England and lynx across the UK, reestablishing the true natural balance. When you consider how these animals are faring across equally or more populous countries in mainland Europe you see how weak the arguments against this are. Natural predators do a much better job of “managing” wildlife than man ever will, selecting the weak, the slow and the diseased while hunters shoot those with the biggest antlers!

Reply 3: A better life maybe, but a better death… well, only if it’s a clean shot and nobody surely pretends they guarantee that.

Reply 4: Or we could all become vegetarian and live alongside predators, produce less greenhouse gases and not need to farm so much of the world, leaving space for other species. Imagine! No, that would be ridiculous.

Assertion 5: As a direct consequence of the two dog follow up limit imposed by the hunting act, admitted by animal rights activists to be useless for flushing foxes from cover, thousands of shot and wounded foxes in England, unrecovered, now die a hideous lingering death underground.

Reply 5: Firstly, who says? What is their evidence? (You like that remember). Secondly, surely they are dying a hideous, lingering death as a direct result of being cherished, sorry, shot, by someone? Why were they shot? What would happen if they weren’t shot? To “control” them? There is no evidence (that awkward word again) that shooting foxes has any effect on the overall population as far as I’m aware. Americans have been gassing, shooting, trapping and generally giving hell to coyotes since they arrived on that continent, yet there are more coyotes now than ever. Still seem to be plenty of foxes here too. Do we need to shoot more? Or is their biology/fecundity such that wily foxes will always persist and shooting them is just causing some animals suffering for no real productive purpose?

Assertion 6: As a direct consequence of opposition to a nationwide grey squirrel cull, thousands of red squirrels die a dreadful death from squirrel pox, carried by grey squirrels, every year.

Reply 6: As a direct consequence of gamekeepers eradicating pine martens from below the Great Glen grey squirrels have taken over the UK countryside and cause thousands of red squirrels to die of squirrel pox. Where there are pine martens today in Scotland and Ireland there are no grey squirrels (or at least their population densities are inversely proportional). Solution? Martes martes.

Assertion 7: As a direct consequence of the failure of predator control in national parks, populations of ground nesting birds, including hen harriers, are wiped out, never to return.

Reply 7: Which parks? Which ground nesting birds? What are they telling you in Oman? Plenty of curlews and lapwings here in the (very well keepered) North York moors. Good luck finding a hen harrier though. What about the alternative narrative? That as a direct consequence of persecution hen harriers have all but been removed from the English uplands?

Assertion 8: In conclusion, even the best habitat management options for lapwings are not, in general, in the uplands as they are today, compensating for poor levels of breeding outputs across large areas of north England, Wales and Northern Ireland.

Reply 8: So the problem isn’t the predators then?

Assertion 9: The actual evidenced, attributable, birdcrime detailed consists of 32 prosecutions, only 5 of which have any connection with game shooting, 21,000 Pounds Sterling in fines and two custodial sentences.

Reply  9: So we need to increase funding for detection efforts and start taking sentencing more seriously? Agreed. We are all on the same side after all!

Reply 10: Why didn’t they do this CCTV study in England? Oh yeah… no hen harriers. But somehow on Skye they have hen harriers and foxes (which eat some of the harriers, naturally enough). But in England we have foxes in most places, but neither foxes nor hen harriers, on keepered moorland. How odd. Oh, and as for evidence of how fledged harriers have died, what about the lead in Bowland Betty’s wing?