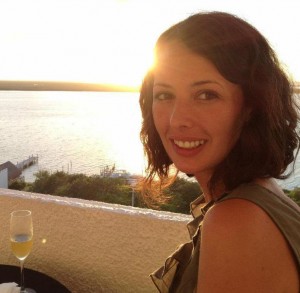 Vanessa Amaral-Rogers is the Campaigns Officer for Buglife. After finishing her Masters in Conservation Biology at the University of Derby on bat ecology, she now works on science communications, legislation, pesticides and pollinators.

In a quarry in the South-West of England, a small spider lurks. The Horrid ground weaver (Nothophantes horridus) may not have the best name (not because it’s particularly unpleasant but because horridus means bristly in Latin) but that hasn’t stopped this tiny money spider from causing quite a stir. Very little is known about it except that for whatever reason, it only lives in two sites in Plymouth and nowhere else in the world. Now, one of the sites, Radford Quarry, is under threat from destruction.

Radford Quarry was classed of high ecological value as exhibited by its County Wildlife Site status and is the only remaining disused limestone quarry in the area that has returned to nature. Not only is the old quarry home to this incredibly rare spider, it is a haven for other bugs and wildlife. The plans to build 57 new houses here were objected to by Buglife and refused by Plymouth City Council last year but the applicant has appealed the decision.

The inquiry is due to start on the 20th January and an online petition is underway, asking for help from the public to let the planning inspectorate know how critical this site is to the spider’s survival. With only a few days left, time is running out before the petition must be submitted to the Planning Inspectorate, who will ultimately make the decision.

The Horrid Ground Weaver is quite possibly, the world’s rarest spider. There is very little existing knowledge of the ecology of the species, the spider is tricky to find due to its size and its habitat of living deep in the cracks and crevices in the limestone. However, it is thought that the species is a nocturnal hunter, hunting on the scree slopes surrounding the quarry most likely feeding on springtails and other small prey.

Listed under Section 41 of the Natural Environment and Rural Communities Act, it is acknowledged that its conservation is a national concern. However there are currently no guidelines available for how to deliver this (in common with the majority of invertebrate species added to the UKBAP priority species list in the most recent review – 2004) due to the lack of habitat and ecological data on the species.

So given that the Horrid ground weaver is only known from two sites in the world, let me recount our UK obligations to biodiversity. At the Nagoya UN Biodiversity Summit in October 2010, 192 countries and the European Union agreed to an ambitious conservation plan to protect global biodiversity. Parties agreed on a set of strategic goals and targets (the ‘Aichi’ targets) to drive action on biodiversity of which we are signed up to. One of these targets states that by 2020 the extinction of known threatened species has been prevented and their conservation status, particularly of those most in decline, has been improved and sustained.

Radford Quarry meets the Defra criteria for Open Mosaic Habitat on Previously Developed Land which is listed as a habitat of conservation priority. As well as being home to the spider, there are species such as the Wall brown butterfly (Lasiommata megera) and the ground beetle Tachys bistriatus, both species have declined in numbers considerably over recent years.

The Horrid ground weaver is a perfect example of where we need to start on these targets. It is very likely that this development will push it closer to global extinction. And if the construction of 57 houses is going to have a horrific impact on this spider, what’s going to happen when we start building 300,000 homes every year?