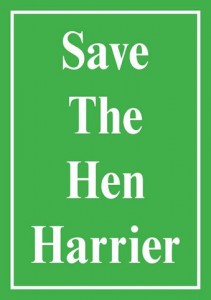 Given the dire (egregious, failing, risible, adrift) performance of the Defra Ministers who take our money to make the environment better it is to be hoped that they simply keep their heads down and fade away once the general election campaign starts in earnest.

Though I fear that it’s just possible that Defra has one bad decision left in it.  Rumours come and go over the fate of the non-joint, non-report on Hen Harrier recovery that is not agreed by the group that has been drafting it.  It is just possible that Defra will choose to publish the non-agreed and therefore non-joint, non-plan before the end of March just to get it off their plate, but more importantly for the ministers perhaps, to garner some rich supporters going into the general election campaign.

It is even possible that Defra might not tell the rest of the world about the plan, which has not been published and not been out for public consultation, but will ‘approve’ it anyway.  Given that Liz Truss was almost certainly told to keep Defra out of any further controversies in her tenure, either of these options would be most bizarre ones to adopt.

How many promises of funding for the Conservative Party might depend on Defra ‘doing the right thing, old chap’, I wonder? This is pure, or impure, speculation on my part but do read  (re-read, obviously) p 284 of Fighting for Birds for a corroborative anecdote.  My impression, perhaps wrong (of course), is that the grouse shooting industry is showing quite a liking for those UKIP chaps and the battle for support is a real issue for the Conservative Party. Votes, and money to campaign to get votes, will dominate everything over the next few months and if a bad decision for the country and for wildlife has to be made to get them, then don’t rule it out. We will see.

From the politicians point of view, they can promise anything now in the knowledge of two important pieces of information. First, that they (either personally or in terms of their party’s standing) might not be in power on 8 May and therefore may never be called upon to deliver, but by then the support and money will be in the bag. Second, they would face legal action if they broke the provisions of the Birds Directive and could always say that they did their best.

Just remember, that there were four pairs of Hen Harriers nesting in England this year and that the Brood Management Scheme on the (or under the?) table would have resulted in one of those pairs being ‘managed’!  Four pairs is too many for England’s 147 grouse moors to cope with apparently.  The current science (which may change, we hear, but not very dramatically) says there should be 330+ pairs of Hen harrier in England if they weren’t bumped off illegally by grouse shooting interests.  But four is too many for the grouse shooting industry who are piling the pressure on Defra.