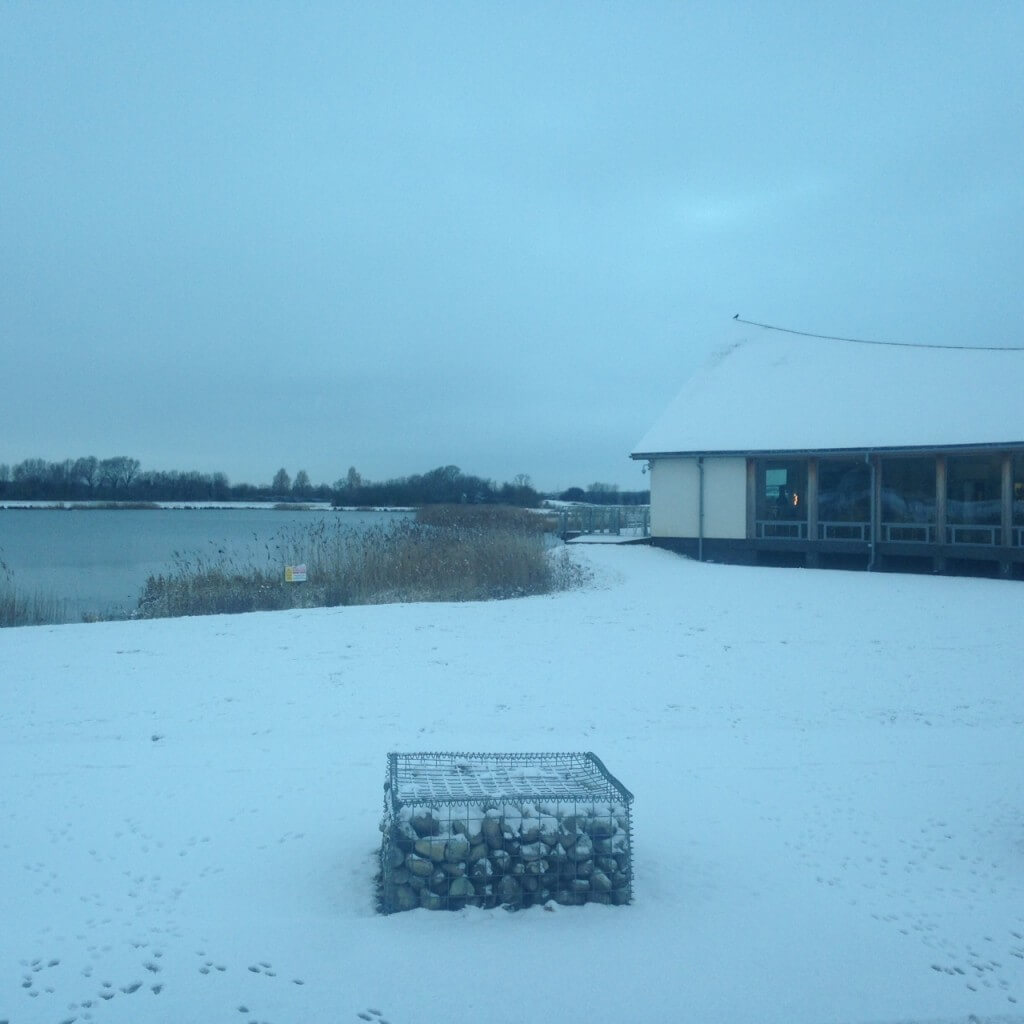 I was keen to have a look at my local patch, Stanwick Lakes, in yesterday’s snow. I’m like a big kid really – snow still makes me excited.

Just like removing all the furniture from my living room on Monday made sounds echo in it, a covering of snow lying all over the ground and trees, building and paths, at Stanwick Lakes changed the acoustics too. Everything was muffled and quiet – although there wasn’t much bird song, though a Great Tit surprised me by singing enthusiastically. 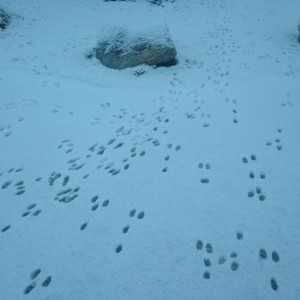 I was surprised by how many rabbits had been hopping about in the snow – loads of them. They are not that obvious by day but their tracks were everywhere.  A few foxes had been wandering around too. And either an eight foot high person, or a shorter jogger, had been making prints in the snow more widely spaced than my own. 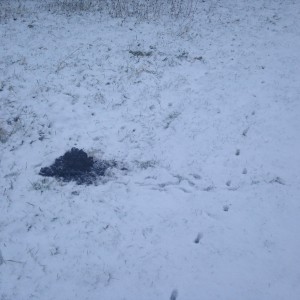 A molehill had pushed up through the snow and had little snow atop it.  Interestingly, I thought, a Moorhen (by its foot[prints) had walked across the grass to the molehill and stopped beside it and then walked back to the river bank. I wish I had seen the actual event. Was it at night or in daylight? Had the Moorhen found a tasty worm in the fresh pile of soil. Had the nose of a mole received a peck from the bird? I was curious to know what had happened.

About 300 Woodpigeons perchcd in the trees – they had nowhere to feed as the ground was covered so they sat and waited.

A Green Woodpecker called – in frustration perhaps as its feeding was also hampered.

The river was flowing strongly and, as always when there is plenty of snow, there were ducks on the river; Mallard, Teal, Wigeon and a couple of Goldeneye too.  Canada Geese lined the riverbank and watched me go by – my local’s eyes knew they were only ever there in such weather, at other times they would be spread across the fields.

On this white day I was pleased that I saw a Little Egret ,but the Grey Herons were absent.

And on this white day I was looking for another white bird, but I saw the redhead first – a female or immature Smew. And then, a little to her (or maybe his) right, up popped a drake Smew. Very distant but unmistakeable and a most perfect duck. A wintry white bird for a wintry white day.

8 Replies to “All’s white with the world”