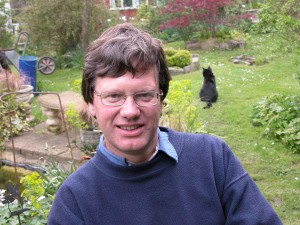 Although I worked as a forester I actually studied Agricultural & Forest Science under the great agricultural educationalist Mike Soper. Even back in the 70s I remember the question ‘where does it all end?’ was being asked – the risks of flash-over resistance to antibiotics from pigs to humans as a result of them being fed as routine feed supplements had already been recognised. I’m actually a huge fan of technology – and equally terrified by its misuse.

The NFU are at it again waving the scary ‘Food Security’ flag. And, in the spirit of the times it is ‘over-emphasised environmental rather than production outcomes’ that are to blame. So what’s the real story? Well, when I hear food security mentioned it is starvation that springs to mind, and of course that is what NFU intend. Britain’s self-sufficiency is slipping, we are at the mercy of world markets.

What the ‘food security’ message carefully avoids is that self-sufficiency is only slipping in terms of our super-luxurious diet: most of the grain from the arable prairies of central and eastern England, the heart of NFU’s agri-business support, goes to feed animals to produce meat, not directly to feed people. At best (if you can call a factory chicken shed ‘best’), grain converts to nutritional value in meat at a ratio of 4 to 1 but 6 to 1 is more realistic. The extraordinary reality is that Britain today would be at least 100% self-sufficient under the famous ‘wartime diet’. And before we get too excited about world trade, it’s worth bearing in mind that France next door produces nearly 3 times as much food for roughly the same population size.

Food security is also rather selective: was it mentioned when biofuels looked like the next big opportunity? In the end, thanks amongst others to RSPB, super-inefficient oils seed rape for biofuels only covered 60,000 hectares – but suggest that area for nature and there’d have been an outcry! What about solar panels covering the countryside? Or Defra’s comment that it is ‘opening up record numbers of international markets to export our produce’. But wasn’t this meant to be all about food for us to eat here, in Britain?

And there is the secret, and this is where I do have some sympathy with NFU: volatile international trade under our present no-holds barred (unless you’re a tax-dodging mega-corporation, in which case you’re exempted) capitalism. It is a real threat: dairying in the UK is under immediate danger from a world glut in milk products and the stock-market driven battle between our supermarkets. There is a real and huge issue here but it is nothing to do with already inadequate ‘green’ rules for farming: should our food security really be at the mercy of an increasingly frenetic and irresponsible commodity trading? I don’t think so. I think we need to renew the pact society made with farming in 1947: never again to allow our farming – and food security- to slump into the terrible decline of the 1930s, despite the warnings of WW1. But I believe passionately that it should not be on the basis of increasingly single minded production-only attempts to beat a threatening world market.

There is another way – and we’ve seen it at Hope Farm and through the farming heroes featured on this blog. Actually, I think they are double heroes. Remember that to think about the environment you have to start by being an above average farmer – and many above average farmers will decide to bank the proceeds – but not these guys. They are putting exceptional skills and their own money into the sort of countryside we all want and they deserve our wholehearted gratitude – and political support. And the worst thing of all is just how tiny the percentage of production is that has to be given up to dramatically reverse the decline in farmland birds – nowhere near the generous 10% in RSPB’s Fair to Nature standard, nor the 20% NFU reckons self-sufficiency has fallen by since the 1980s – just imagine what 5% of our farmed area could do not just for birds but for flood prevention, places for people, reduction in diffuse pollution and our still beautiful countryside. Then picture what NFU are asking for: further stripping out what little is left. Surely a stark, and easy, choice.