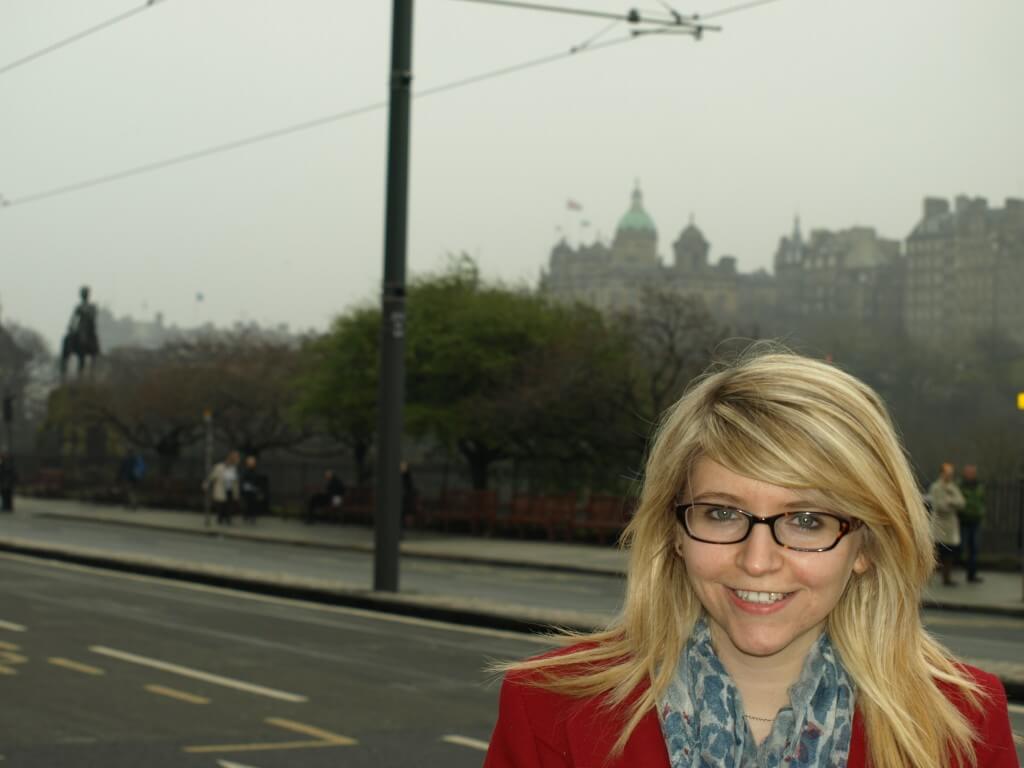 Emma Websdale is a Conservation Biologist and writer. Working as the Senior Communications Officer for The Wildlife Trusts, she is particularly motivated in engaging younger audiences, helping them make sure that nature doesn’t drop off their agenda.  She has written three previous Guest Blogs for this site (one about extinction and Passenger Pigeons, another other about sustainable coffee, and the last about outdoor learning).

This last month I’ve lost myself to Chris Hadfield’s ‘An Astronaut’s Guide to Life on Earth’ – an incredibly entertaining, gripping and educational read. Firstly, it woke me up to the hardship behind an astronaut’s career – years of uprooted family life and constant problem-solving to issues that are life threatening. Oh, and exploring new stretches of the galaxy.

The second message I was taken aback by was the practical advice Chris delivered from his 4,000 document hours in space. I’m talking real applicable advice on determination, staying-focused and consciously doing things that take us closer to our goal, but all the while, holding realistic expectations so that when something does blow up, you don’t go walking the streets feeling defeated. This is just one of the elements of advice Chris kindly shares with his readers.

Thinking about the skills and personalities that have evolved within an astronaut’s career (we’re literally talking about millions of pounds of equipment and training invested into the way they work and think), shouldn’t we be listening to their advice more often? After all, they’re the only people on Earth who’ve been fortunate enough to see our home from space – to truly see it in its full-atmospheric composition. These are also some of the same astronauts that have helped discover other planets – their surface and air completely inhospitable – take HD 189733b for example, a planet 63 light-years away, where winds exceed 4,000 mph and where it rains molten glass.

William Borucki, who’s been part of an investigation surveying a portion of the Milky Way for habitable planets since March 2009, has already confirmed there are 1,000 planets – all inhospitable.

“The Earth is a very special place. Unless we have the wisdom and technology to protect our biosphere, it could become like many other dead worlds.” Borucki said in an interview this October to Huffington Post.

“It really warns us that we need to think very, very carefully about how we protect our biosphere, how to protect our climate. It wouldn’t take a lot of change to make the planet uninhabitable for ourselves.”

In this short video, Chris Hadfield talks about man-made climate-change that he’s alreadnoticed during his time in space – ‘a grey ugly smear’ of man-made smog in New Mexico and witnessing ‘the fourth biggest sea in the world to become nothing more than a puddle’ –their damage so huge they can be detected by space. At the end of the film Chris asks, ‘Who is going to be the person who is going to decide to change something?”

Personally, I think we should be taking advice from these NASA scientists and astronauts. They’re the ones who’ve pushed themselves out of Earth’s comfort zone – a place of zero gravity, where even the tiniest leak in their spacesuit would induce ruptured lungs, burst ear-dreams and boiled sweat. These are the people who’ve been slapped in the face with Earth’s ‘raw beauty’ as Chris puts it.

Of course, I’m not the only person who’s been clocking on to what our astronauts are learning and how we should be applying this to Earth. George Monbiot recently spoke about the peculiar unbalance in planet’s assets – that Mars has water, while Earth lacks intelligence. He flags up the message that ‘while we marvel at NASA’s discoveries, we destroy our irreplaceable natural resources – so we can buy pre-peeled bananas and smart phones’. This is absolutely true.

Unfortunately, our time of rocketing up to space and seeing our Earth in its whole glory will never come. But that doesn’t give us any excuses. Look at this photo taken by NASA – this is our home. Everything works together. As Chris puts it, Earth is a place where it’s ‘scale is graphically shocking. The colours too. The incongruity is stupefying’. And the best thing is, you don’t need to be looking out from a spaceship’s window to get lost in Earth’s beauty. Look out of your own window and take it in – the gentle blue of the sky, the green neck-plumage of a rock pigeon, even the smooth shapes that appear in stones. These small, yet important items make up this extraordinary place.

I say it’s time to start enjoying our home more, and even better, to stop putting it at such a low priority in our lives. Let’s stop blocking out the shimmering, magical stars of the sky, the beautiful bees who feed on heart-shaped ivy and sounds of birdsong with gadgets and gizmos. They are far less rewarding. Let’s work with Earth, care for it – rather than always taking from it.

In answer to Chris’ question – I’m going to be a person to change something. Who else is in?