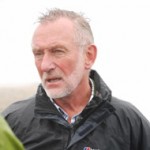 …on this Guest Blog by Prof Sir John Lawton about the Yorkshire Wildlife Trust’s plans for a visitor centre at Spurn Point.

What a lot of comments – and most of them are against the idea.

But most of the Likes/Dislikes are ‘Likes’ for the blog.

I wonder how many of the ‘Likes’ are from YWT staff? But there don’t seem many supporters of the plans who want to put their heads above the parapet. Whereas, there have been many comments from locals who dislike the plans.

Interesting, and it demonstrates the fact that people are highly motivated to get involved with local issues – or at least things they perceive as local threats. We could call this as Nimbyism, Not-in-my-Backyardism, but that would just be sticking a label on it. Local activism is a potent force.

30 Replies to “Just go back and read the comments…”