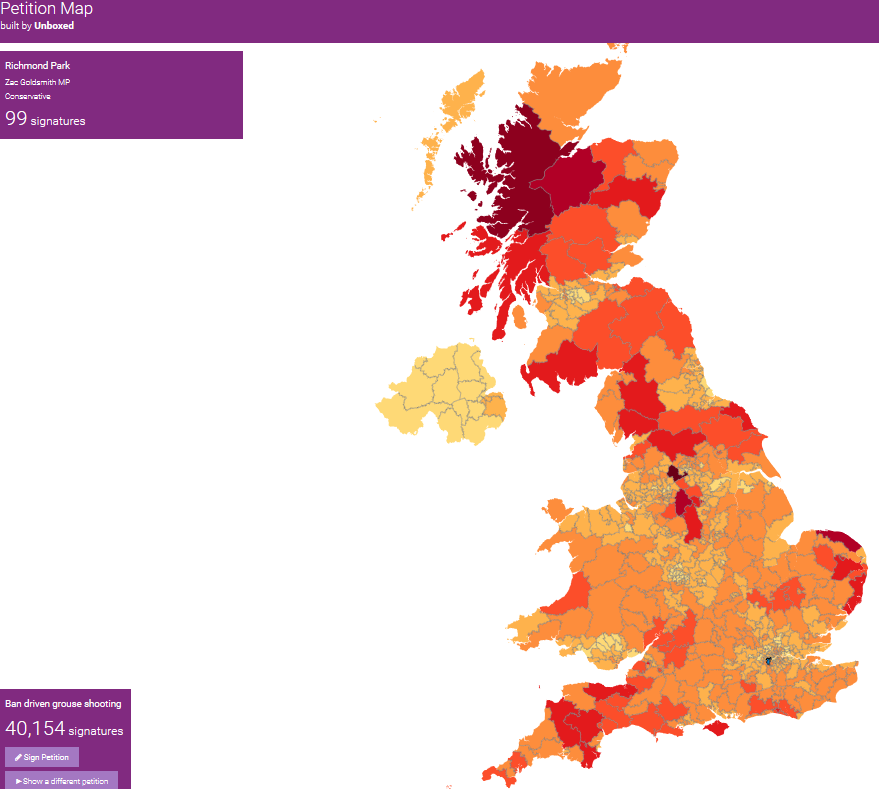 Well, as far as I’m concerned, it doesn’t do either – but it does make me more determined than ever to give it my best shot!

Ahead of us we have 15 and a half weeks to get the next 59,800 signatures. In those 15+ weeks we will see an RSPB mid-season statement on Hen Harrier numbers (tomorrow), a social media thunderclap asking people to sign the e-petition (8 June), the beginning of spending of money on promoting the campaign (thank you all – we have got this far for free!), the production and distribution of posters about the campaign, the production and distribution of leaflets to drop through letter boxes and hand out at events, Hen Harrier Day events, the opening of the grouse shooting season on the Inglorious 12th, the Bird Fair, and, of course, any examples of misbehaviour on grouse moors which come to light. And other stuff which you’ll have to wait to find out about.

There are 15 days until 20 June and then we’ll be half way through the campaign. there’s a long, long way to go yet.

Here are three little analyses of progress to date for those of you who, like me, like seeing the numbers. 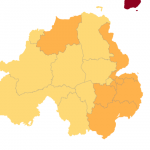 Northern Ireland is different and often ignored. I’m not even sure whether I should be calling it Northern Ireland or the Six Counties because each has a political connotation. I only go to NI once every few years, I hardly every write about it in this blog and there are hardly any grouse moors in NI.  So NI is a place where it would be perfectly reasonable to expect that support for the e-petition to ban driven grouse shooting might be low – and in some ways it is. But at this stage (not yet half way) NI has provided 395 signatures for the e-petition whereas in mid-January when we were close to the end of the previous e-petition NI had provided 242 signatures.  In half the time, NI has produced 50% more signatures – and it hasn’t received any special attention at all!  This is a very encouraging sign that the word is spreading organically.  (see constituency data at foot of this post)

I think, though I might be wrong, that the 20 English constituencies (actually 21) with the fewest signatures are currently these (I just looked at England to save time!) colour-coded by political party:

You’ll notice that all of these are urban seats and almost all of them are Labour seats.  One of the reasons for posting this type of analysis is to see whether you very bright readers can point me in the direction of some magic bullets to unlock thousands of votes in these and similar constituencies because if you can we’ll be laughing. Any thoughts?

Maybe some food for thought there – certainly for me.

Thank you to all who have helped so far.

Thank you to Chris Packham, Bill Oddie and the League Against Cruel Sports and their CEO Eduardo de Goncalves for their support too.

Thank you to Raptor Persecution UK  for persistently plugging the e-petition to ban driven grouse shooting on their blog (and in addition to that, the great content they provide).

Northern Ireland signatures by constituency for the last e-petition (first number) and for this one (second):

The 34 top-scoring constituencies in the previous e-petition and their number of signatures then (first number) and so far now (second number):