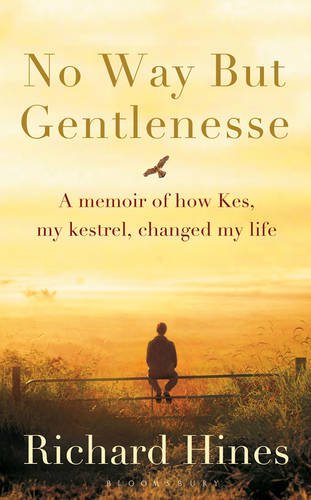 You may remember the film Kes (director, Ken Loach) if you are a certain age, and you may well have had to study the book A Kestrel for a Knave at school if you are of another certainly younger age. In either case you will associate the name Barry Hines with that story of a boy who trained a Kestrel but that boy was actually Richard, Barry’s younger brother. This is his tale told in his own words.

I’m really not that interested in tales of people training birds of prey – I’m a bit interested, but not very interested.  There were two main areas of this book that really interested me. The first included the accounts of Richard’s school life – which sounded pretty rough. I never had the cane at school but it seems that hardly a day went by without Richard getting a few thwacks on his hands or his classmates being, basically, assaulted, by angry schoolmasters. There are other aspects of his life in the 1960s which brought those times back to me too.  They reminded me that we have made quite a lot of social progress in terms of education and employment law in my lifetime even if nature has had a much harder time.

But the passages of the book that are really rivetting are those which touch on the relationship between Richard and his more famous brother Barry, and Richard’s involvement with the making of the film Kes. It’s a very interesting younger brother’s account of the work that made his older brother famous.

Not primarily a nature book, but an interesting one and a pretty good read.

No Way but Gentlenesse: a memoir of how Kes, my kestrel, changed my life by Richard Hines is published by Bloomsbury.