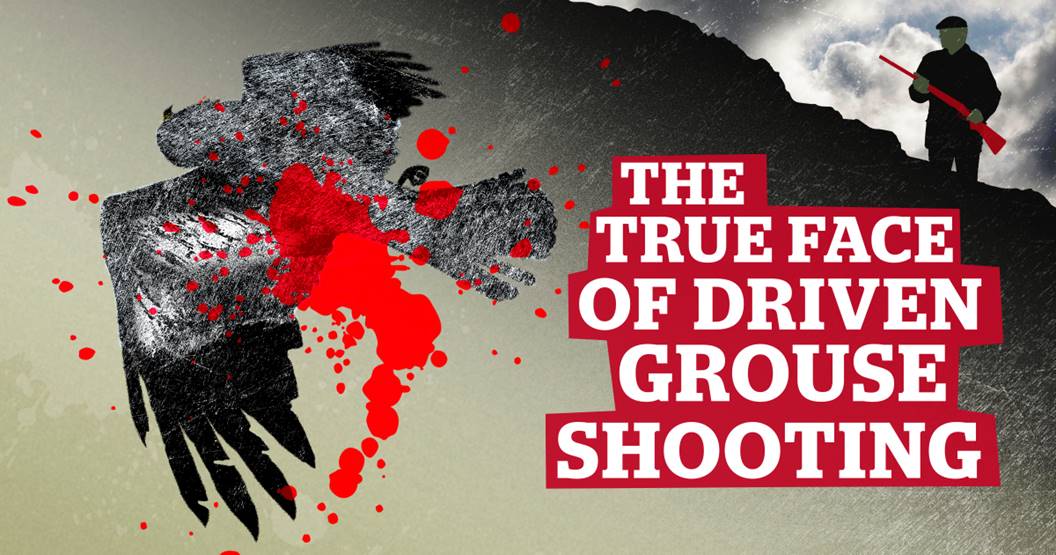 Support for a total ban on driven grouse shooting has rocketed with a key petition achieving the 100,000 signatures needed to trigger a debate in Parliament.

As the grouse shooting season opens, support for the e-petition – set up by author and wildlife expert Dr Mark Avery and supported by Chris Packham and League Against Cruel Sports – has surged, with 20,000 thousand signatures added in just four days. The number of people signing for a driven grouse shooting ban dwarfs the 40,000 people that the shooting industry claims take part in the ‘sport’.

The groundswell against driven grouse-shooting comes amid reports of continued raptor persecution on shooting estates, and raised awareness of the environmental damage and negative wildlife conservation issues  linked to intensively managed grouse moorlands.

Claims by the shooting industry that the ‘management’ of grouse moors helps other bird species have also been questioned. (See the British Trust for Ornithology statement)

Mark McCormick, Head of Campaigns for the League Against Cruel Sports said:  “The momentum against driven grouse shooting is unstoppable.  We are delighted that the petition has now reached the magic 100,000 signatures needed for a Parliamentary debate.

“The public recognises that the collateral damage from this minority ‘sport’ based on blasting live birds out of the sky is unacceptable. Raptors are being persecuted and Hen Harriers are facing extinction in England.  Intensive management of the grouse moors are implicated in environmental damage, devastating floods and wildlife obliteration.

“It’s high time a light was shone on the negative impacts of driven grouse shooting. We know that a Parliamentary debate isn’t guaranteed, but the amount of public concern, the number of experts speaking against grouse shooting and the growing evidence  of wildlife persecution surely means that a fair debate must be held as a matter of urgency.”

Mark Avery, conservation expert and e-petition sponsor said:  “I’m thrilled that people across the UK have responded to the call to get a debate in the Westminster parliament over the future of driven grouse shooting.

“Now we need our politicians to rise to the challenge and take this matter forward.”

“One hundred thousand people just started to make the world a better place for wildlife and every single one of them will be remembered for that”.

Anyone wishing to add their name to the petition can still do so.