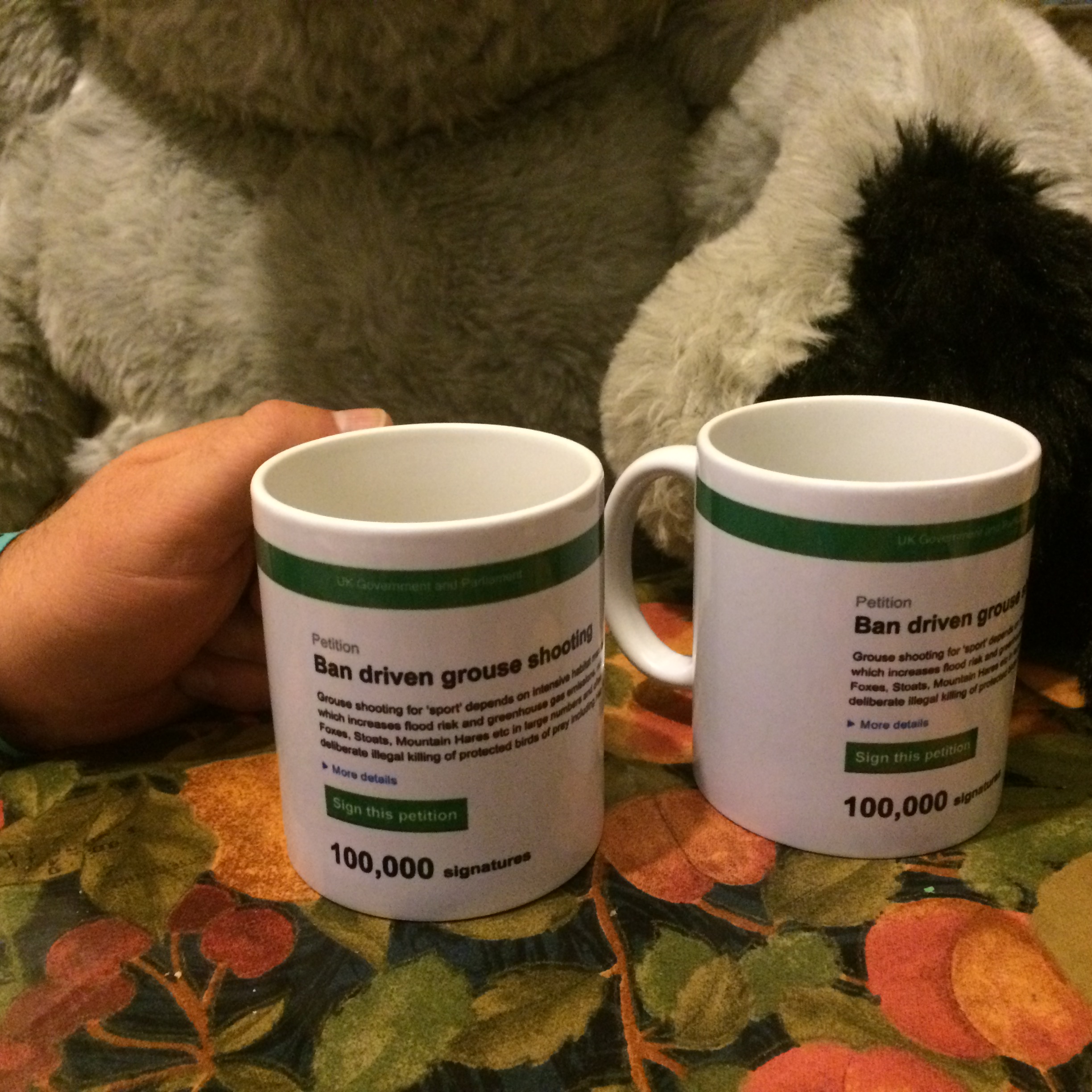 I thought hard about whether or not to launch a third e-petition on the subject of banning driven grouse shooting – and then I did.

The current e-petition closes at midnight in two weeks time – and started five and a half months ago. I have no idea how many times I have refreshed the petitions page to see what the total is in that time – but it is likely to be thousands.

Let’s just have a recap on how far we have come together:

…and along the way we have persuaded M&S not to stock Red Grouse meat once more (whatever they say – we persuaded them), we’ve had a record number and attendance at Hen Harrier Days, we helped the RSPB see sense on the Defra Hen Harrier Inaction Plan and we are heading towards, we hope, a Westminster Hall debate on the future of driven grouse shooting.

Over 400 of you have written to over 280 MPs asking for their support for a better future for our uplands, their people and their wildlife.

‘Firm Briefing’ is taking place to make sure that MPs know more about grouse shooting and the issues that surround it.  Several of you have met your MPs and spoken to them already – you may even have handed over a copy of Inglorious for them to read.

If you haven’t written to your MP then please do, but to be honest you might as well wait now until tomorrow when we should know the date of our expected debate.  Here are some useful links:

10 Replies to “How far have we come together?”