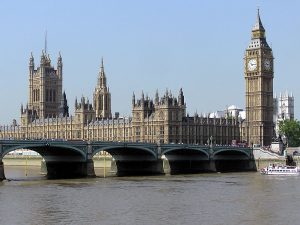 This appears to be the letter which the Labour Party is using to reply to your emails about a debate on driven grouse shooting.  The red words have appeared in one MP’s response whereas rather more of them miss out that bit!  However, for those of us who signed the e-petition to ban driven grouse shooting it is streets ahead of the standard Conservative Party response.  It demonstrates concern and is not a ‘here’s why you are wrong’ response that came from the Conservatives – and was riddled with errors.  I’m really rather cheered by it.  We should all follow this up when we know the date of our expected debate.

‘Thank you for contacting me recently regarding driven grouse shooting, and the related petition on the UK Parliament petition site.

I know that many people are concerned about the impact grouse shooting has on protected birds of prey, such as the hen harrier, as well as on the environment more generally. Indeed, over 116,000 people have signed the petition on the UK Parliament website calling for driven grouse shooting to be banned. I support this call, and I know that the League Against Cruel Sports is also supporting the petition. I also note that the Royal Society for the Protection of Birds (RSPB) is calling for the introduction of a licensing scheme for grouse shooting.

I appreciate the concerns that are widely held about this issue and at the 2015 general election, I stood on a manifesto which included a commitment to deal with the wildlife crime associated with shooting. I am concerned that birds of prey are intensively persecuted, and that iconic birds such as the hen harrier are in danger of being lost as a breeding species in England. I believe that more must be done to protect these birds and to reduce the suffering of animals on shooting estates.

In January 2016, the Government published its plan to increase the hen harrier population. However, in July the RSPB withdrew its support for the plan, arguing that its voluntary approach has failed. The RSPB points in particular to the role of the illegal killing of hen harriers to prevent them preying on grouse. I believe we need an independent review on how to end the illegal persecution of birds of prey.

I also share people’s concerns at the impact of grouse shooting on flood risk. I note, for example, research that shows that the burning of heather to improve grouse moors reduces the land’s retention of water. The clearing of land for grouse shooting was also identified as one of the sources of the flooding we saw over Christmas 2015. This land clearing has little public benefit and I believe the Government needs to take a stronger stance on it.

Thank you once again for contacting me and for sharing your views. A decision on if and when a debate on driven grouse shooting will take place in Parliament is expected on 6-7 September 2016. I can assure you that I will be following developments on this issue and will continue to bear in mind the points you raise.‘

This response demonstrates engagement with the issue and an understanding of the context of the solution. It does not seek to tell you that you are wrong. It recognises that a ban and licensing are alternative proposed solutions to the issues that exist. In the example above the MP favours a ban – in most of the responses you have sent me so far, the MPs are non-committal about which is the better solution. We have several weeks to strengthen Labour MPs’ knowledge of the issue and appreciation of the merits of a full ban.