I love it when the tadpolers wheel out their chair, Ian Coghill, to say something. I know we are in for a real laugh. Here’s his latest rambling offering which might have a point but feels more like a circle to me.

The issue isn’t Chris Packham it’s the BBC and how they are ‘as far away from the real countryside as they can get’ apparently. Note the careful avoidance of the word metropolitan.

Although it’s not about Chris, Coghill seems to think that Chris was bigging up the RSPB in his BBC Wildlife article but it was quite the opposite – Chris was quite critical of several wildlife NGOs and I’d like to remind you that it was one of the RSPB’s finest hours in recent years when they posted this response which basically says ‘Chris is on our side – he’s allowed to criticise us from time to time – he’s entitled’.

So, although I doubt whether the Woodcock killer and the tadpole defender will move on, let’s move on shall we?

We could move on to the end of the page where we find that GWCT is asking for support of £10,000 so that they can lobby MPs. They are rattled aren’t they? 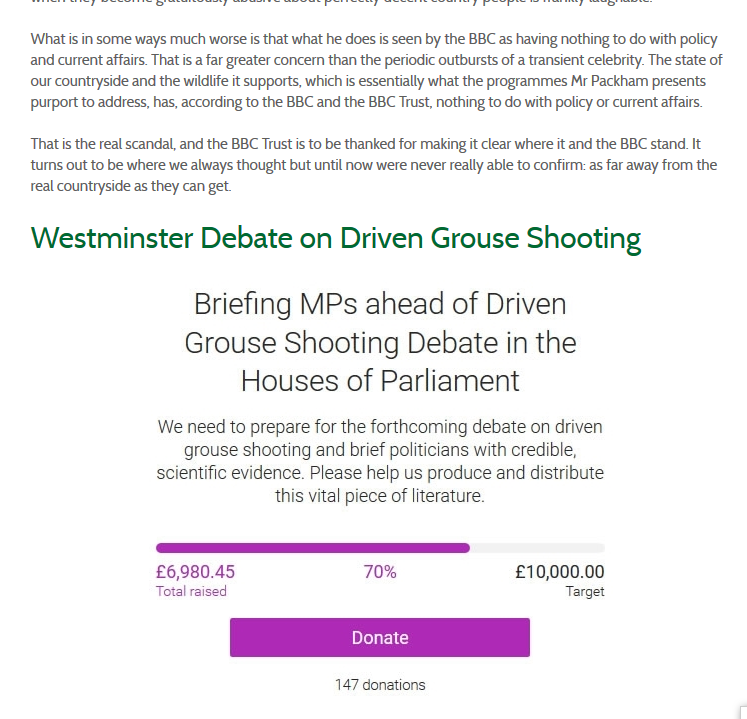