I am firmly of the opinion (which doesn’t mean that it is correct of course) that vast numbers of British people are really quite knowledgeable about birds, and that even more of them are thrilled by them.

In Remarkable Birds I suggest that ‘almost every human who has ever lived has probably seen or heard a bird almost every day’ and that seems pretty likely to me.

Yesterday I had a fun day of rushing around and getting various jobs done. One of the jobs involved me sitting down and chatting to a young lady for quite a while – I was having my hair cut (and did I need it!).  While sitting in the barber’s chair and looking into the mirror in front of me I couldn’t help but notice, and I really couldn’t help it, that there was a Red Kite circling over the school. And the young lady and I had a chat about Red Kites. When she was born, it would have been very unusual to see a Red Kite in Northants as it was in her early years that they were reintroduced (made me feel very old). Red Kites seem to like circling over school playgrounds – and generations of Northamptonshire school children are now growing up knowing and loving Red Kites. 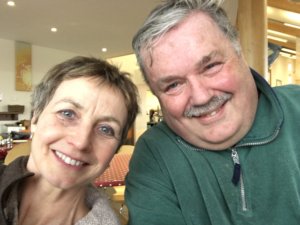 Having got my hair cut (what do you think? Tidy hair or not?), I felt able to meet Mary Colwell for a chat and a walk around my local patch of Stanwick Lakes. We saw a Red Kite there too but the Goldcrest was probably the species on our rather feeble list of 36 species which I seen least frequently at my local patch. In fact, it is! because I have checked through the wonders of Birdtrack which tells me that I have seen Goldcrests on 11% of my 400+ visits whereas I have seen Goosander on 22% of visits.

And we talked about Curlews, GCSEs, TV and radio presenters, MPs, conservation leaders and the fact that one of my best friends lives in the same street as Mary.  Maybe we talked about you – were your ears burning?

And at the end of the day I went to see my accountant and signed off my tax return.  Jon sympathised with me about how little I earn as an author (please note Duncan Thomas even though it really is none of your business) and he even reduced his fees because he said my tax affairs were so simple (he could have said paltry) and that I had done most of the work anyway – which was nice of him.  He then told me that he was getting into birds and that in his lunch break he goes and looks at the birds on the local lake.  He is clearly getting to know his local Mallards, Coots, Grey Herons and Little Egrets quite well. Now, Little Egret, there’s another bird that would have been an extreme Northants rarity when the young lady who cut my hair was born, but it is familiar to my accountant, and Mary and I had seen one at Stanwick Lakes that lunchtime too.

I enjoyed yesterday. I expect hairdressers, radio and TV producers, accountants and impecunious authors will probably all be counting birds in their gardens for Big Garden Birdwatch the weekend after next – except this author won’t be as I will be talking at the Irish Raptor Study Group conference in Dublin.