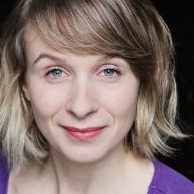 Maisie is the Campaign Director and co-founder of Crustacean Compassion.  She has previously worked at World Animal Protection, where she successfully co-coordinated the EU Supporting Better Dairy campaign in coalition with Ben & Jerry’s ice-cream and Compassion in World Farming, for whom she is also a school speaker. She is currently a Sociology PhD candidate at the University of Manchester, investigating socio-cultural understandings of animal subjectivity amongst animal behaviour professionals from divergent disciplines.

At Crustacean Compassion, we call ourselves an animal welfare organisation – the only UK organisation dedicated solely to the protection of decapod crustaceans such as crabs, lobsters, crayfish and their kind. We believe it’s unfair, unscientific and legally inconsistent that they are excluded from animal welfare legislation, and our campaign starts squarely with a petition to include them in the Animal Welfare Act 2006 (England and Wales).

But what is an ‘animal’ anyway? A scholarly response will usually start with an acknowledgement of humans as one animal amongst many; before taking a contentious turn into ‘whatever a human thinks it’s not’; getting blurred vision when you’ve mapped the human genome; and only brief respite when you’ve defined such categories as meaningless reflections of an outdated anthropocentrism. So you’ll be glad to hear I’ll skip all that and go straight to the legalese. Under (nonhuman) animal welfare law, the definition tells us only who we have moral duties to; and in the case of the UK’s various Animal Welfare Acts, we have duties to those capable of being harmed by our actions. In other words, both vertebrates AND invertebrates for whom “there is evidence that they are capable of feeling pain and suffering”.

So it’s puzzling, therefore, that in spite of compelling scientific evidence that decapod crustaceans experience pain (and even, in some cases, emotional anxiety), they still remain outside most legal definitions of ‘animal’ in UK welfare law. An EU panel claimed as far back as 2005 that many of the ways in which decapods are currently treated in the food industry are inhumane. Boiling alive, for instance, can take a lobster up to three minutes to die. Chilling it beforehand might merely induce paralysis rather than oblivion. Not long ago, a UK supermarket was found to be shrink-wrapping live crabs in plastic packaging. Yet in the UK both practices remain entirely legal.

Not so in other countries. This week, a Sydney fishmonger was convicted of animal cruelty to  lobsters for hacking off their tails with a band-saw while still alive. Decapod crustaceans have been protected under animal welfare laws in several Australian states for decades; also in New Zealand, Norway, and Switzerland. International guidelines for humane treatment recommend the use of an electrical stunner at  slaughter (Waitrose, Tescos, Whole Foods and some UK restaurants already voluntarily do this). Chefs must undergo special training in mechanical slaughter with a knife (their biologies require special skills). Enough food and a suitable environment. It’s not hard.

So why don’t they receive such basic protections here? One might well ask. Our Freedom of Information request revealed that despite widespread media coverage when evidence of their sentience was released, NO assessment has been either conducted by DEFRA into the ability of decapod crustaceans to feel pain. At least not since the introduction of the Animal Welfare Bill (England and Wales) in 2005, when the minister was criticised by the Select Committee chair for insufficiently interrogating the science when excluding them. Recognising that they were on thin ground, however, they inserted a clause into the Act, specifically to acknowledge that invertebrates could later be included under the definition of ‘animal’ if the relevant evidence became available.

At Crustacean Compassion, we believe that time has now come. Just a few months after the Act became law, an EU panel declared them as “Category One” (pain-feeling) animals. And in 2012 and 2016, the strongest evidence yet came from a team at the University of Belfast. Whilst it is never possible to prove with 100% certainty what any animal is feeling, a series of behavioural experiments showed that crustaceans appeared to lay down memories of a painful stimulus and to weigh up the risks and benefits of avoiding it, behaviour the authors claimed was consistent with an experience of pain, rather than a mere ‘reflex response’. Certainly enough, one would think, to give one the benefit of the doubt if you’re about to plunge it in boiling water.

And yet the government still insists that there is a lack of ‘conclusive’ evidence on the issue; forgetting that it hasn’t actually assessed the evidence, and failing to understand that if conclusive evidence was a precondition, NO animal would be included in the Act!

At Crustacean Compassion, we believe that the time has come to protect these sensitive and captivating creatures by protecting them under animal welfare law. We’re starting with England and Wales. Please help us by signing our petition to include them in the definition of ‘animal’; and don’t forget to share. Thank you.

Elwood, R., and Magee, B., (2013) “Shock avoidance by discrimination learning in the shore crab (Carcinus maenas) is consistent with a key criterion for pain”, Journal of Experimental Biology, vol 216: 353-358

13 Replies to “Guest blog – Are Lobsters animals? by Maisie Tomlinson”