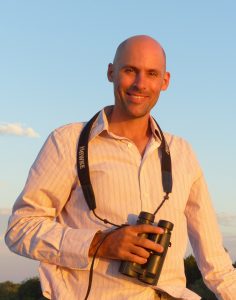 Hugh writes: I recently took a break from teaching and returned to work for the Botswana Predator Conservation Trust (on twitter @BPCTcamp) as a research coordinator, living and working in the bush on the edge of Botswana’s Okavango Delta, having completed the field work for my PhD at the same field site between 2005 and 2008. The project’s focus remains very much on utilising sound scientific research to inform conservation planning, to promote coexistence with carnivores and to mitigate human wildlife conflict.

Last year I wrote a piece for Mark’s writing competition entitled “Are hunters conservationists?” I concluded that “hunting, if properly managed, could be a useful conservation tool, but equally hunters have been complacent, lazy and unthinking in their assumption that this is always the case whereas in fact very often the opposite has been true.”

Remaining interested in this topic I recently approached the Game and Wildlife Conservation Trust (GWCT), Tim Bonner (CEO of the Countryside Alliance) and the British Association for Shooting and Conservation (BASC), groups which represent large sections of the UK’s hunting and shooting community, for their views on the current Spring Hunt in Malta and the associated slaughter of migrant birds which continues there.

I had no reply the first two times I asked. BASC ignored me three times. But on the third attempt I got a response from both GWCT and Tim Bonner.

GWCT stated succinctly that “We condemn all illegal activity”. 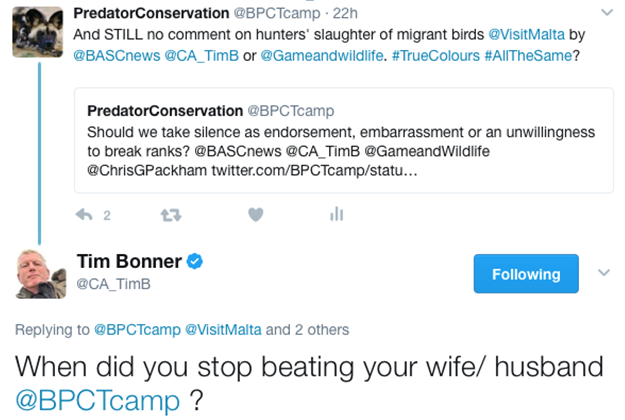 This was disappointing but not entirely surprising (and see below*). Tim seemed to feel that mine was a loaded question and therefore was refusing to answer it. But what was he afraid of? Why should it be so difficult to condemn the hunting of turtle doves (a species recently added to the IUCN red list and which has suffered population declines of 96% since 1970)?

The reason I sought a response from these organisations is that I still believe that hunters can make a meaningful contribution to conservation (see https://www.sciencenews.org/blog/wild-things/conservationists-should-make-friends-hunters), but also that hunting has to clean up its act.

So long as hunters and hunting organisations are unwilling to ever condemn other hunters they remain one undifferentiated entity, the good mixed in with the bad within their circled wagons.

GWCT’s assertion that if it’s legal, it’s fine, is a cop out. It’s legal to shoot skylarks, song thrushes, turtle doves and various waders in Italy, but do the GWCT think that is okay? It’s legal to shoot a lion in a canned hunt in South Africa, but do the GWCT think that is okay? Legality is often a poor metric for ethical behaviour. Why is it left to Chris Packham, the RSPB and Birdlife to campaign against the Maltese Spring Hunt? After all, hunters are surely more likely to listen to other hunters.

I suspect the reluctance of all these parties to make statements condemning other hunters stems from a fear that one admission of hunting malpractice might open the door to questions about shooting other species. If they were to state that hunting turtle doves was bad (because they are in decline), what is the difference between hunting turtle doves in Italy or Malta and hunting Snipe (>90% decline in UK breeding population since 1975) or Woodcock (>90% decline in UK breeding population since 1967) in the UK?

I believe the shooting community is in a muddle. They are not sure what is okay and what isn’t anymore. Perhaps a universal code of practice is needed which could ensure that any hunting follows some general ethical guidelines including some of the following:

Others may have other suggestions.

Some people feel that all hunting is bad, but I am not one of those. I believe that eating meat that one has shot oneself is at least as morally defensible as eating any other meat. I also believe that hunting can support habitats which might otherwise be lost to wildlife as wilderness is lost to farming or other uses. But I also believe that thoughtless hunting is damaging and that perhaps the majority of shooting today falls into that category. It is a shame and I hope it can change.

*Added by Mark: a further example of Tim Bonner’s charm: 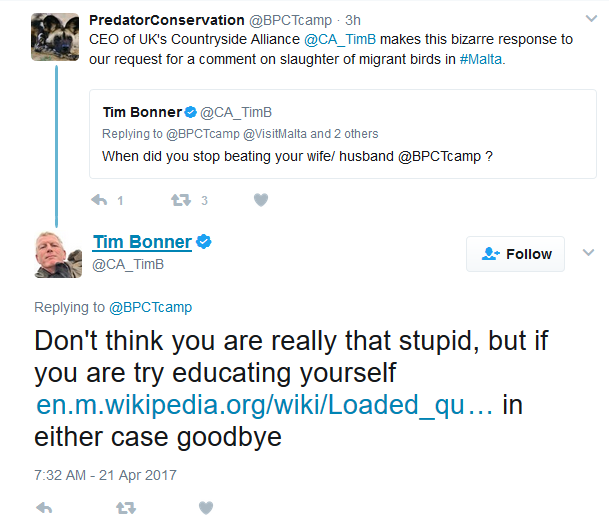