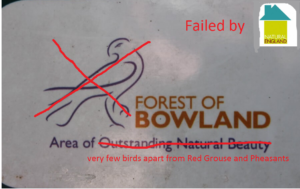 I emailed the NE Media Office this morning with the following simple questions:

These are pretty simple questions which do not require a huge amount of effort to answer. See recent posts Those gulls again and RSPB calls on Natural England to act for the background to this request.

Thank you for your request for the information detailed in your email below, which we received on 10 July 2017. We are dealing with your request under the Environmental Information Regulations 2004.

Your request is being considered and we will send out our response within the legal deadline of 20 working days which is 9 August 2017. If, for any reason, we are unable to meet the deadline we will keep you fully informed of the reasons for this.

Government departments and agencies sometimes complain about people using FoI and EIR requests and say ‘You should just have asked us nicely’ but the truth is that they sometimes retreat behind FoI and EIR when they are asked nicely.  My questions could have been answered as follows ‘Yes; Yes; You can see it in a while’ or ‘No; Not applicable; Does not apply’ and been pretty good answers.

NE will be in rather more trouble if the answers are ‘Yes, No; Not applicable’.

I suppose the worst answers would be ‘Yes; Yes; We’re not very proud of it so we are using delaying tactics’.