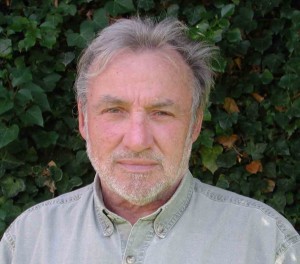 Richard Porter worked for the RSPB for many years (1968-1999) and then for BirdLife International, particularly in the Middle East.

He first went to Turkey in 1966, surveying wetlands, and that autumn (with others) counted the raptors migrating through the Bosphorus – the first comprehensive count of raptor migration at a site in the Old World.

That Bosphorus experience led to the book Flight Identification of European Raptors (Poyser, 1974) with Ian Willis, Steen Christensen and Bent Pors Nielsen.  His Birds of the Middle East (Helm, 2010 with Simon Aspinall) has recently been published in an Arabic edition.

Richard is one of the birders interviewed in Behind More Binoculars by Keith Betton and myself which will be available later this autumn as a perfect Christmas present for the one you love.

Walking back along the edge of the North Sea after wardening the Little Tern colony on Blakeney Point near my home in England, my mind reflected on the recent summer meeting of the Ornithological Society of the Middle East and Central Asia (OSME).

Such annual gatherings have been held in one form or another since 1968.  In the early years they were held in the Board Room at Bowmaker House, in London, and hosted by that doyen of Middle East ornithology, PAD Hollom. I can remember on one occasion meeting the elusive S Vere Benson (of Observer’s Book fame) and exploring her thoughts on conservation in Lebanon.

I digress. This year, as has been the case for several, the summer meeting was held in the delightfully converted old Nunnery at Thetford, the home of the British Trust for Ornithology. As usual fans of birds of the Middle East and Central Asia from several countries gathered for a day of talks and discussions, and there was a goodly throng too. Perhaps they knew that this was to be one of the best – maybe the best?

The sun shone and a warm English summer day greeted us.

Inside The Nunnery we were transported to the delights of Armenia and Azerbaijan and their great conservation and research projects, especially involving children; Oman and the fascinating research into godwit migration; Arabia and the universal problem of illegal bird killing and a whiz-round the region through BirdLife’s Important Bird Area programme – the global conservation initiative that unites us all. OSME’s Conservation Fund had made a significant contribution to many of these projects, indeed this year grants totalling over £14,000 were given.

My involvement in Middle East birding and conservation started in the year England won the football world cup, so I’ve seen a few changes and been saddened by many things that have happened in such a wonderful region.

With such a celebratory day of all things great, my mind wandered back to a recent email from a Yemeni friend who I have been helping with a study of a highland IBA that hosts nine endemic species.

We are so sorry for dis contacting you due to the crazy war which killed everything in Yemen including human, birds,butterflied and flowers.

Besides, our Yemen never deserves that.

we wish, they could stop this useless war in order to live in peace.

Sitting in the comfort of such a historic building, listening to exciting conservation stories it is easy to forget that there are many troubled parts in OSME’s region.

But even in these difficult times for our Middle East colleagues there are still active conservation programmes in Yemen, Socotra, Syria and Iraq and it was wonderful to have two of the region’s stars joining us.

Abdulrahman Al Sirhan flew over from Kuwait. He selflessly translated Birds of the Middle East into Arabic – a mammoth task – and refused any payment. A highlight for me was presenting him with the book’s cover painting of Blue-cheeked Bee-eaters. Then there was Nadheer Fazaa from Iraq, who explored with us the conservation issues of the Mesopotamian Marshes. I am sure both will play a key part in OSME’s future.

Friendship is always a byword of these gatherings and even though we were here to celebrate birds in the Middle East and Central Asia it was fascinating how often Britain’s foreign friends brought Brexit into conversation…with a sadness for the consequences for wildlife conservation.

Next year is OSME’s 50th birthday, so we are anticipating a summer meeting to beat all. Because of its birthplace I am sure some Turkish delights will be on the menu – a hint to where it all started – at a wetland conference in Ankara.

For more information on OSME, check out its website.