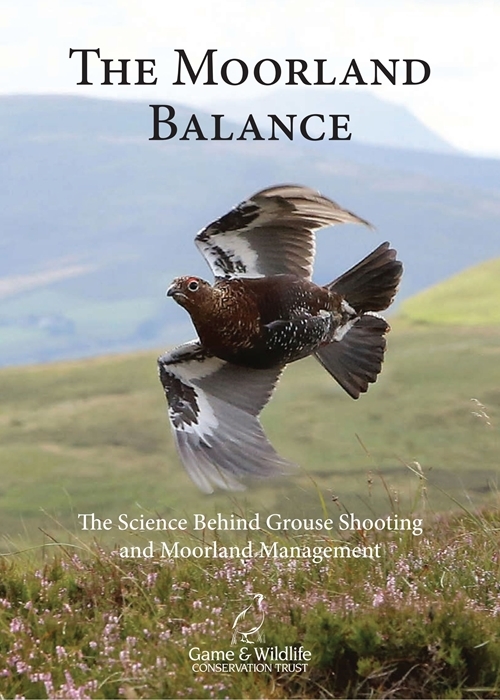 I bought this slim volume to see whether there was anything new in it. It’s a fascinating read, as much for what it neglects as for what it says. For £8.95 (+P&P) you don’t get many words – 56 pages including lots of decent photographs, a list of references, an advert for the GWCT and a foreword by Sir Max Hastings.  Arguably you would get a lot more words (more than ten times as many), a lot fewer photographs (ie none), around twice as many scientific references and many others besides and a better argued case if you were to buy my book Inglorious which would cost you around the same amount of money. Also, as best I can tell, you will find just about everything in this book on the GWCT website (except the references) so there isn’t much new here – which is a shame.

The booklet claims to cover the following areas and if you follow these links you will find them all already on the GWCT website: grouse shooting; conservation on grouse moors, heather burning; moorland drainage; disease control on grouse moors; upland predator control; hen harriers and red grouse; mountain hares and red grouse; alternative moorland use; commonly heard criticisms of driven grouse shooting and references.

In some ways the most interesting part of the document is how it ends with, allegedly, some commonly-heard criticisms of driven grouse shooting and the GWCT’s comments on them.  These are so witty and interesting that they deserve more coverage than I can give them here and so I’ll tackle one a day through next week. But, according to the GWCT, commonly-heard criticisms of driven grouse shooting are: conservation organisations want to ban it; there is illegal persecution of raptors by moor keepers; this rich man’s hobby damages the environment and society; heather burning contributes to the release of greenhouse gases because it releases carbon dioxide and heather burning on grouse moors increases flooding. I’ll come back to each of these next week.

Sir Max Hastings, a GWCT trustee, writes the foreword to this slim volume. He characterises the views of the foes of driven grouse shooting as ‘they believe they see simply rich men in antique fancy dress killing wild creatures for their amusement, in a setting that should properly be the playground of raptors and hillwalkers‘.  It’s a minor triumph of the campaign against driven grouse shooting that even its proponents now recognise that this is merely a hobby or pastime – indeed GWCT itself does not demur from the description of hobby (p49) – I’m glad we have got that settled.  But the more revealing part of Sir Max’s sentence is the bit about ‘playground for raptors and hillwalkers‘ – he doesn’t sound keen does he?  But it’s not the opponents of driven grouse shooting who think the hills should be enjoyed by the public and by protected wildlife, it’s parliament and the law.  The 1954 Protection of Birds Act passed into law when Sir Max was 9 years old (and 4 years before I was born) but he doesn’t seem to have come to terms with it yet.  And those hillwalkers have the right to roam. These may be inconvenient laws for the few but they are still laws, so, Sir Max, get used to them.

There’s quite a lot about ‘urban’ visitors and dwellers in Sir Max’s foreword and he believes that these people perceive grouse moors, which he claims are managed for the benefit of all wildlife (except presumably raptors), as being ‘wildernesses in a state of grace‘ which is presumably a misprint for ‘mismanaged upland crime scenes in a state of disgrace‘ for that is what they are.

Sir Max is a distinguished journalist and author and he may have hit the nail on the head when he writes that ‘only science, hard evidence about the positive contribution of shooting to the environment in general and the uplands in particular, can make it possible to sustain grouse shooting in the face of increasingly fierce opposition‘ – he’s right about that, and he is clearly rattled, and he must be disappointed that this slim volume is particularly weak on that subject.

Sir Max has form on raptors.

I’m very unimpressed by this booklet- it’s more spin than science. It’s written to avoid many of the difficult issues and to muddy the waters on others.  Maybe that’s why no GWCT scientist has their name attached to it?

This booklet won’t find its way into many libraries – it’s too insubstantial. But if it did, it would find itself on the same shelf as the tobacco industry’s guide to lung cancer and the petroleum industry’s guide to climate change.  Bringing all this web content together in a single physical publication documents how shoddy are the arguments for giving driven grouse shooting a place in the uplands, for that we must thank GWCT.

18 Replies to “Book review – The Moorland Balance by GWCT”