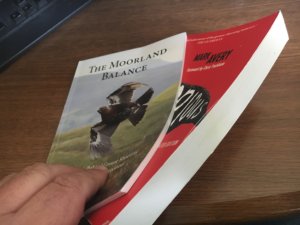 Their little booklet would be better entitled the Bluffer’s Guide to Moorland Imbalance.  And I’m sure we will hear some of the arguments from it from people who do not know any more about the subject than what they have read in their Bluffer’s Guide – these points can pretty easily be rebutted with real science.

The five areas which GWCT chose to major on have been dealt with here this week and the GWCT’s spin doctor has responded each day – but not by defending the arguments in their little booklet but by sliding around them and occasionally having a go at me.

GWCT are now marginalised in the driven grouse shooting debate because there is precious little science that actually helps their cause – apart from the fact, agreed by all, that some ground-nesting birds benefit to some extent from the moorland management regime associated with driven grouse shooting (a fact established a long time ago by a piece of joint RSPB and GWCT research).

The Bluffer’s Guide is a classic example of spin despite the fact that Andrew Gilruth is so keen to use the word science in his non-responsive responses to criticism.  It provides a wealth of examples of the spin doctors’ tools: straw men, ignoring inconvenient evidence, misquoting inconvenient studies, muddying the waters and picking cherries.

The grouse shooters cannot admit the facts of illegal raptor persecution without losing huge face – we haven’t heard much from Amanda Anderson since her disastrous ‘If we let the hen harrier in…‘ remark have we?  They don’t have much option but the scandal is that Defra go along with this nonsense – at least the grouse shooters’ moll, Therese Coffey, does.  No industry can survive with the scale of crime which underpins driven grouse shooting, and nor can any hobby.  This is their weakest point and all those satellite tagged raptors will press home this aspect – the only escape is to stop persecuting raptors.

But the flooding argument is also strong – and GWCT’s defence of grouse shooting is very weak. Their argument is ‘It’s all very complicated and we need more work but it probably doesn’t happen’ which seems difficult to justify against the science and against a government which is moving towards trees as a natural flood management measure.  Given that the best place to reduce flood risk is high in the catchment then rewilding looks on the cards for many upland areas under new agricultural regimes.  And stopping a few bad floods easily recoups the few tens of millions of pounds that the grouse hobbyists claim their sport is worth  (although they don’t seem so confident about that any more either). 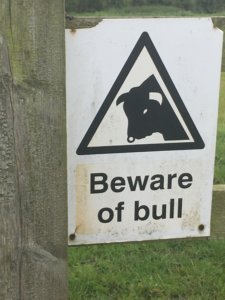 The Bluffers’ Guide to Moorland Imbalance is one of those gifts that keeps giving.There are lots of other weak arguments inside its covers.

I think I’ll return to it every now and again as time goes on as I’ve only scratched its rather thin surface so far.