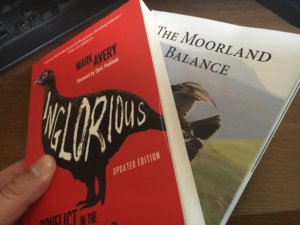 In their little booklet, the GWCT address five areas that they say are commonly heard criticisms of driven grouse shooting. This week I’ll deal with each of them.

In their booklet GWCT state that a commonly-heard criticism is that ‘This rich man’s hobby damages the environment and society‘ and their defence is that there are conservation and economic benefits of driven grouse shooting.  They are right that there are conservation benefits as well as losses from driven grouse shooting – although of course that doesn’t mean that they are equal in size – but I’m interested that this booklet says so little about the economic impacts of grouse shooting.

The PACEC report is not really mentioned, and is not referenced, perhaps because it is so heavily criticised for being inadequate that it is now accepted that it cannot be relied upon.

I think that the grouse shooters realise that a proper economic analysis of grouse shooting would have to include the externalities of water treatment costs, flood risk, carbon emissions, damage to protected habitats, loss of protected wildlife and factor in the contribution of the taxpayer to the whole sorry mess as well as counting the income generated by this rich person’s hobby.  The last thing that grouse shooting wants is for that analysis to be done – so it’s excellent news that the Scottish Government is planning to do something that looks very much like that.