Last week I was, kind of, on holiday in mostly sunny Yorkshire. It was good fun.

It started with the film premiere in Hebden Bridge which was very enjoyable (I know how to let my hair down when on holiday!).

Sunday – a boat trip out from Bridlington on the Yorkshire Belle – Arctic, Great and Pomarine Skuas and Sooty Shearwater too.  These used to be called ‘skua and shearwater’ cruises but changed to ‘autumn highlights’ – maybe time to revert the name? Saturday is your last chance this year – I recommend them highly but seeing birds is a matter of some luck and, remember, the only thing that is true of boat trips; whatever the weather, you will at some stage feel too hot and at another too cold. Book here. 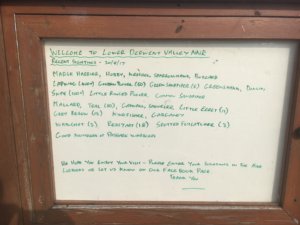 Monday – a look around the Lower Derwent Valley – my first visit. It’s an interesting place and I’ll be returning in winter and spring.   The best bird was a cream-crown-type Marsh Harrier (which I would formerly simply have called an adult female – see here).  This bird was the darkest of chocolatey brown (plain chocolate) with a practically white crown and shoulder patches.  Beautiful.   And good to see that NE were only a month out of date with their recent sightings – quite good for the failing statutory agency.

Tuesday – Robin Hood’s Bay and rockpools.  There was an adult Sandwich Tern with an immature. The immature was calling all the time and begging for food from, I assume, its mum or dad.  I didn’t see the adult catch anything during the hour they were present. If I was flying to west Africa with the sound of food-begging in my ears for weeks I’d be thinking of ditching my offspring en route. I wonder how that plays out. 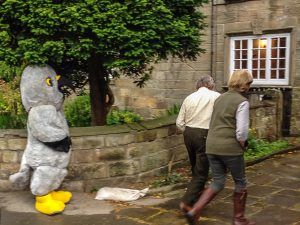 By one of those quirks of fate I took the road less travelled back south from Robin Hood’s Bay across the North York Moors from Egton Bridge through Rosedale Abbey where Henry and I once met some grouse shooters at the Milburn Arms Hotel (which is closed for a lengthy refurbishment I see) and near to where the blue plaque appeared and then rapidly disappeared (see here).  I took the road over Spaunton Moor, and by now it was late afternoon, where a pack of 4-wheel drive vehicles to the east of the road signalled a grouse shooting party (I guess). It looked like the end of the day and there were a few guys with dogs and red flags hanging around – perhaps for the last drive of the day. By complete chance, I see that North Yorks Police are asking for information on a raptor that was shot near Rosedale Abbey on that very day – it’s a funny old world isn’t it? 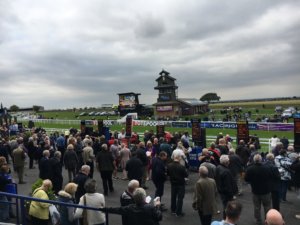 Wednesday – a very cultural day: a haircut, Beverley races (where I won enough to pay for a couple of cups of tea) and then a live cinema feed of The Magic Flute from Covent Garden. There’s more to life than grouse moors and nature-watching you know. Although thee was a large flock of Common Gulls adjacent to the racecourse (and a Grey Wagtail among the many Pieds) and Papageno is a bird-catcher of course. 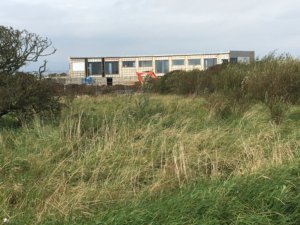 Thursday – a visit to Spurn and a long wait was rewarded with good views of a Red-breasted Flycatcher (although watching the more cooperative Spotted Flycatcher was fun too). I’m sure, I think, that the new visitor centre does not yet look at its very best.

Back in Northants now although I went to Brighton yesterday – news on that this evening.

4 Replies to “A week in Yorkshire”