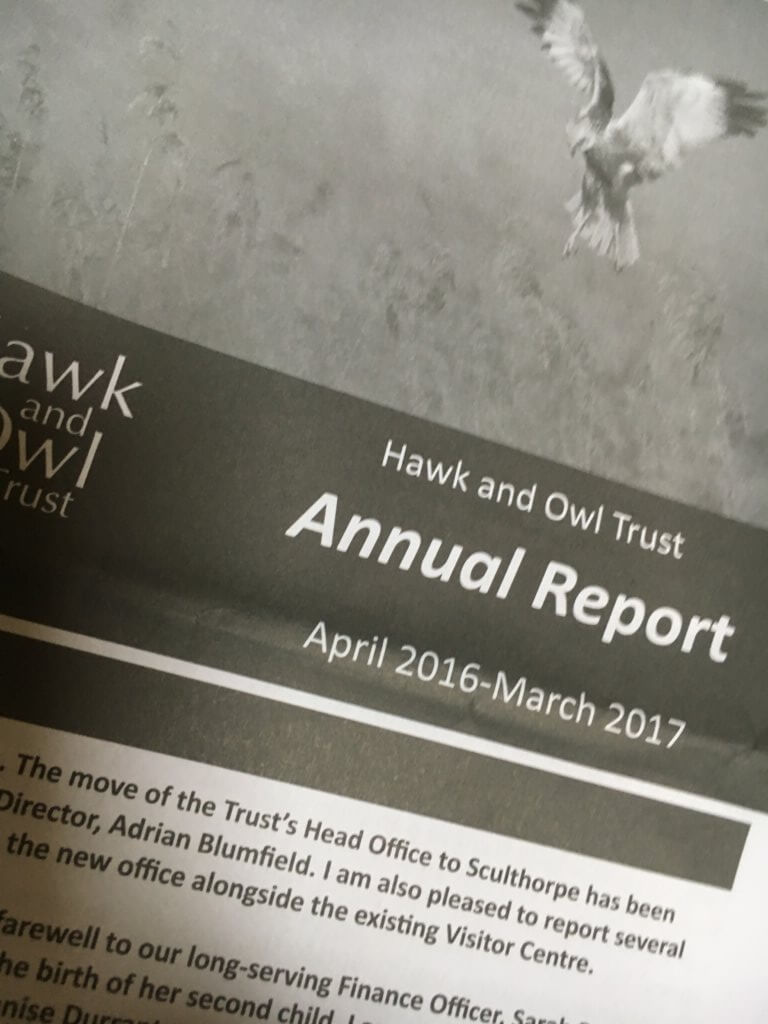 Rather bizarrely, the Hawk and Owl Trust does not mention the Hen Harrier in its Annual Report covering the period April 2016 – March 2017.

Surely one of the H&OT’s project was, and still is, one of satellite-tagging Hen Harriers – didn’t they satellite tag two Hen Harriers at Langholm in the summer of 2016?  Ah, yes, they did.

So as one of their flagship projects one might have expected the H&OT to mention all this stuff really, wouldn’t you?

The second, surviving, H&OT Hen Harrier, named Sorrel, is still, it seems, flying around – but not mentioned by H&OT  in their annual report either.

Natural England, perhaps for the first time ever, did admit the fact that Rowan was shot in their recent partial release of Hen Harrier data.

If you’d like to protect the Hen Harrier than please look at this website and then sign this e-petition to ban driven grouse shooting which is gathering thousands of signatures every day.