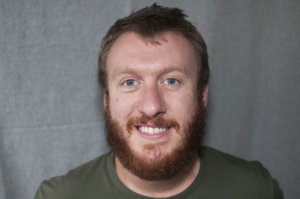 Chris is a science teacher of nine years and a former country park ranger. He began his teaching career in London before taking up posts at British schools in Vietnam and China. He is a Biology specialist and currently Head of Science at the British School Bucharest.

My previous guest blog post was about why I think it would be better, in terms of overall impact and straight-forward application, to bolster natural history content in the biology component of the current national curriculum for science rather than introduce an entirely new GCSE in natural history.

Science GCSE courses are broadly split into two levels – core and extended. The terminology, grade boundaries and grade limits might change slightly but the basic principles remain the same. For Cambridge (the examination board that I am currently teaching at GCSE), students can achieve up to a C if they pursue the core route and an A* for extended. Practical assessment is not differentiated. The expectations for factual recall and application are of course greater for students sitting extended papers compared to core but the topics are the same. A core student, for example, would be expected to describe factors that limit rate of photosynthesis where an extended student can explain this in terms of enzyme activity. I think that there is an argument for an intermediate option where the maximum grade is a B but that’s a matter for another day!

The national curriculum provides the basic blueprint for what a course should contain. Examination boards must build around this to create a syllabus that will get the green light from Ofqual, the UK government’s examination and qualifications regulator. As outlined above, core students will follow a basic path that ticks the curriculum’s boxes without deviating too much; extended courses go into greater detail. This detail could be morphological, behavioural, whether or not the species is invasive, and so on.

Here is the main point that I would like to see included in the national curriculum for England, possibly replacing the current expectation that students can identify species using a dichotomous key:

I am sure that lots of people would choose different clades to these and I would be interested to read any contributions. I am not suggesting that these are the best choices but you see the basic idea. This gives examination boards the foundations around which to build syllabus content, allowing plenty of room to play with for extended students. Rather than prescribe species, I would leave it open for the awarding bodies to decide which to include but one would expect some cross-over.

These would be my preferred choices:

Remember that these are just suggestions and the very bare bones of what would then be built upon by the examination boards. Acquiring the ability to name these twenty-two species would give around 700,000 students annually a light introduction into natural history and add to their daily lives whether they choose to pursue it further or not. As mentioned, a more detailed extended/supplement syllabus could include describing three life-history traits for each species for example.

You might think that this is all a bit basic and perfunctory. I ask you to remember that this is a straightforward, easy to implement step towards improving young people’s engagement with nature. People reading this will probably have as strong, if not even stronger, passion for wildlife than I do. We must keep in mind that we can’t impose the full extent of this passion upon every 14-16 year old in an English comprehensive school.

Familiarity with common species is important nonetheless, which is why I think improvements should be made. The national curriculum prescribes guidelines for subject matter that all Key Stage 4 comprehensive and the majority of private school pupils learn, thus the inclusion of identifying UK species would impact the many thousands who couldn’t care less about a sparrow hawk and budding naturalists alike. But most important of all, it gives every pupil following the regular programme of study the opportunity to discover or further nourish an interest in natural history. We would expect some to delight in the extended content, whilst impacting others only insofar as them taking a bit more notice of wildlife in their local park. I would like the UK to produce over half a million young people every year who can say “Hey, look. A sparrowhawk!” once in a while, whilst keeping options for further study wide open for those more interested post-16.