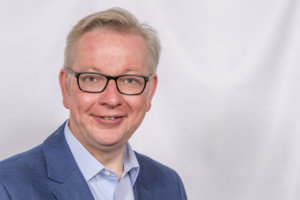 I was surprised to notice the other day that the Secretary of State for the Environment (and some other stuff), Michael Gove, follows me on Twitter.  I’m not foolish enough to think that Mr Gove is reading every word that I write, nor perhaps any of them, but just in case, I thought I’d pen these few paragraphs of advice to Mr Gove, or to whoever is operating his Twitter account.

I’ll keep this short, as I know you are busy (but so am I by the way):