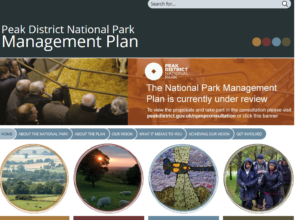 You may remember that in a recent public consultation on the way forward, over 40% of respondents to the Peak District National Park future plans mentioned the impact of grouse shooting, heather burning and illegal persecution of birds of prey, on the ability of the National Park to meet its objectives.

The Peak District has its own raptor initiative which has been trying to deal with wildlife crime in the Dark Peak area of the National Park, the part in which grouse shooting is concentrated, since 2011.  So far it has been a talking shop which has delivered practically no progress on its targets.

The long-awaited Peak District Raptor Initiative report was sneaked onto the Peak District National Park website yesterday – it is almost impossible to find unless you know it is there.  There is nothing in the ‘News’ section of the National Park’s website and no agreed statement by the members of the group. This couldn’t be, or maybe it could be, because the Moorland Association, represented by Amanda Anderson, want everyone to say that everything is going to plan, there has been lots of progress and joint working is wonderful and the rest of the world won’t play ball!  This is clearly yet another example of the Moorland Association being right and everyone else being out of step and wrong.  Obviously!

Here is the link to the report. Highlights are…there are no highlights.

Here is a telling quote,

‘Several proven and suspected persecution incidents have come to light since the 2015 project review and some areas have suffered a catastrophic failure of larger breeding raptors. The very low numbers of larger raptors breeding successfully in the Dark Peak and surrounding – in particular the lack of any successful breeding by Peregrines in the Dark Peak in 2017, the first time since they recolonised the area in 1984 – continues to give real cause for concern.’.

No wonder there is no statement. In fact, the Peak District Bird of Prey Initiative has, as far as the problem area of the Dark Peak is concerned:

I wonder how the NT is getting on with finding a new tenant for their moorland in the Peak District?

And I wonder why the Moorland Association hasn’t denied the revelation by Raptor Persecution UK about the intention of their members to apply for licences to kill Marsh Harriers (see here, here and here).

I expect all will be revealed next week.