Following on from yesterday lunchtime’s blog I have received the following information from Forest Enterprise England.  These are the letters sent by FEE’s Chief Executive to BASC and which were mentioned in the previous correspondence.  they date from 2015 but they are nonetheless interesting. 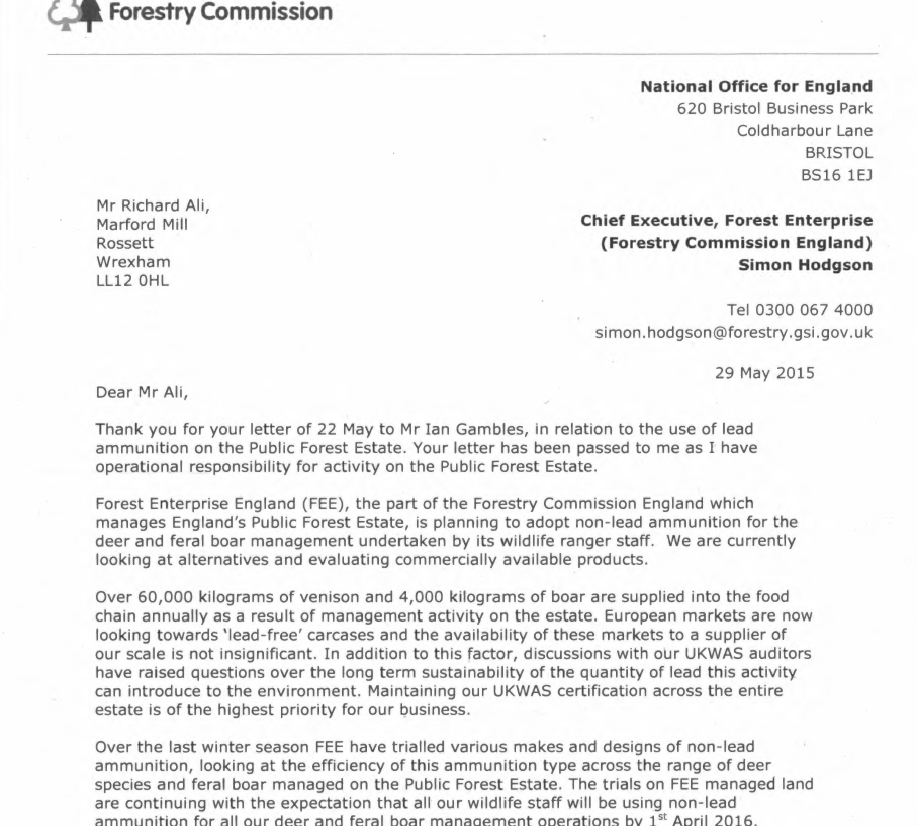 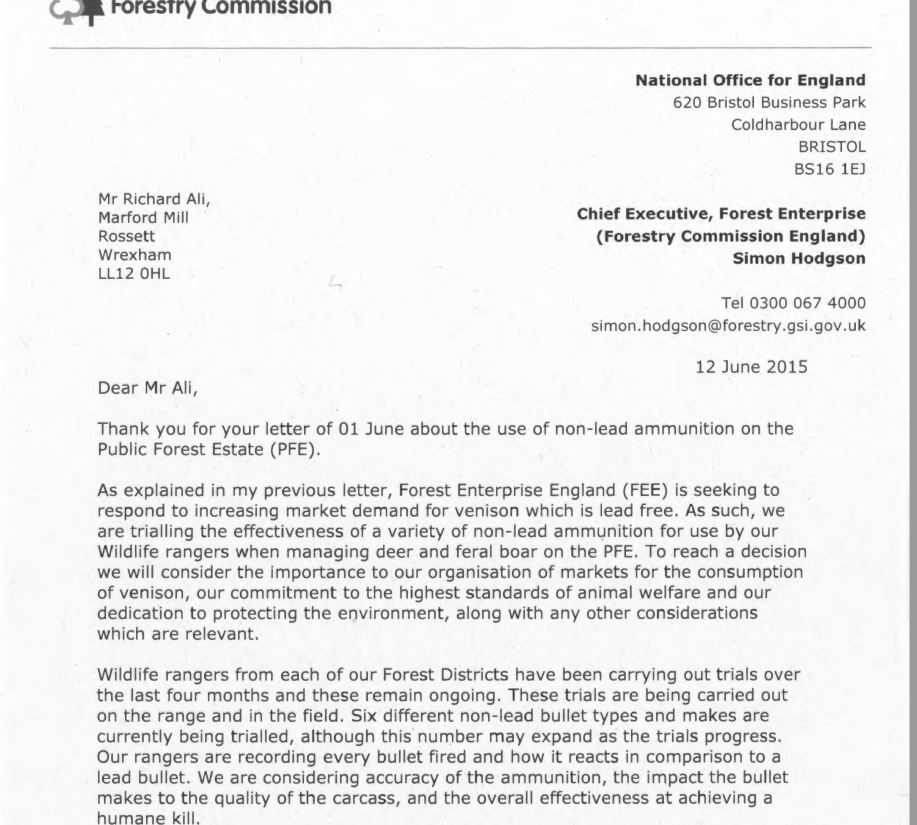 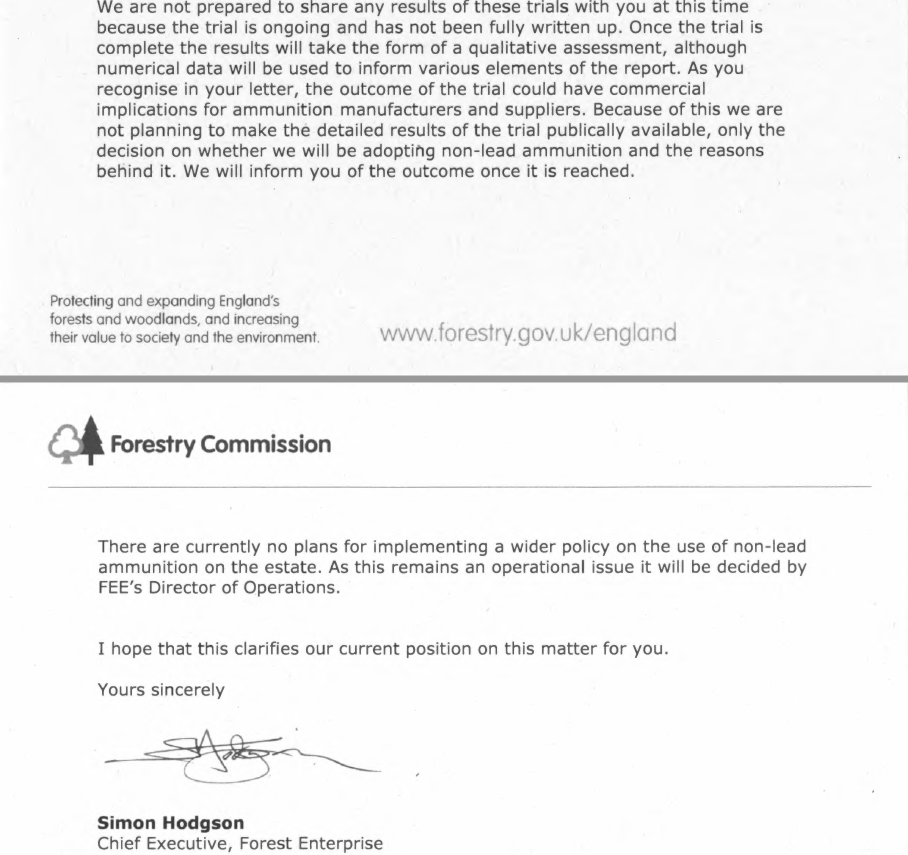 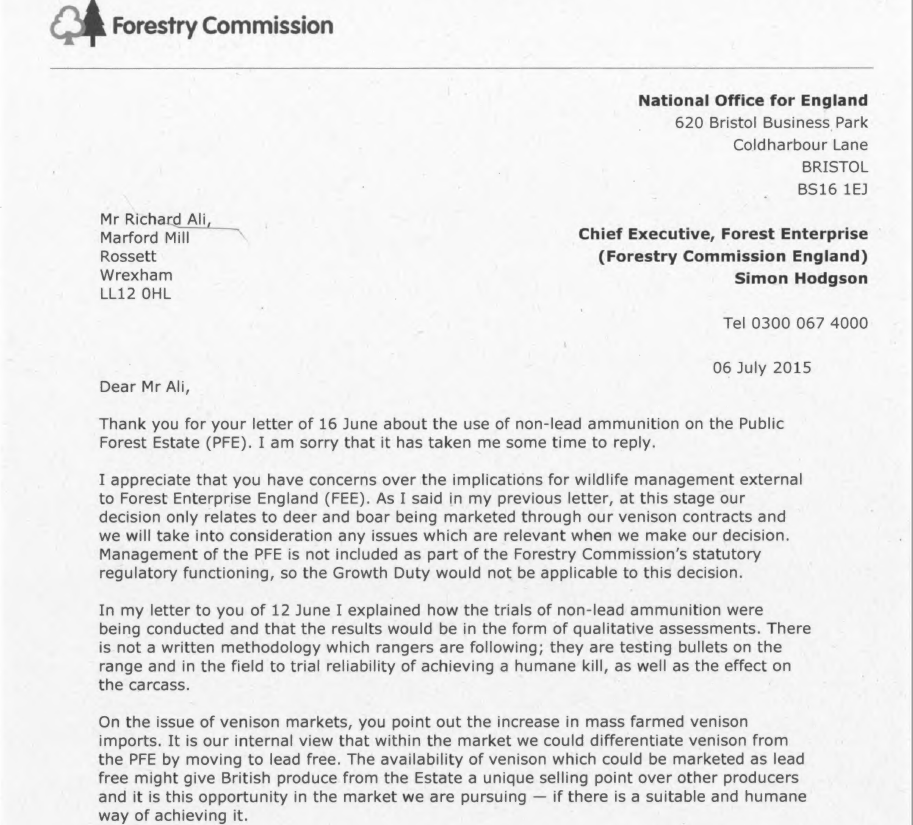 What do we learn from this?

We learn that BASC is quite a demanding stakeholder writing to FEE on 22 May 2015,  1 June 2015 and 16 June 2015.  Amusingly, well I was amused, FEE replied to BASC after 5 working days, then after 9 working days and lastly after 14 working days. That’s a subtle, but not too subtle, way of pointing out that this correspondence is becoming slightly tiresome.  But you can’t fault BASC on their urgency – they responded to FEE’s letters after 1 working day and after 4 working days (and on a Saturday too!). My, Richard Ali was an eager beaver, wasn’t he?

And I have been sent the note by the Chair of FEE, Harry Studholme, of his chat with Richard Ali on 7 December 2015 just ahead of the Westminster Hall debate on lead ammunition. That note doesn’t tell us very much but it is highly redacted so one wonders what are in the invisible bits of the note. Quite possibly nothing very interesting.

And I admire the straight bat with which FEE played.

BASC, to take the most charitable view possible, were doing a good job for their members in exploring the reasons for FEE’s obvious keenness to ditch toxic lead ammunition. To take a less charitable view, they were trying to trip up our public forestry department in their bizarre enthusiasm for continuing the use of toxic ammunition in killing animals whose meat passes into the human food chain. I wonder which it was? I’m not going to ask FEE (certainly not at the moment) but I wonder whether BASC would like to tell us what they were up to?

FEE seems to be one of the few organisations that is treating the issue of lead-contaminated meat for human consumption seriously.  They could have been a bit quicker about it, when I was at RSPB we made the change to non-toxic ammunition in around 2009 (from memory – I’ll try to look it up and insert the right year here), but FEE are way ahead of the rest. And that’s because they know, as did the RSPB on a much, much smaller scale, that they were providing venison for the human food chain and  could easily switch to non-toxic ammunition and remove any worries about the safety of that food. Because I was part of that change in RSPB, and because I felt that it was something that we should do (and the following years have only shown that to be all the more true), then I find it unacceptable for an industry which is based largely on killing birds for fun, but whose by-products (carcasses) go into the human food chain, to mount such a nasty and dogged campaign against the very simple switch to non-toxic ammunition.

Defra is the worst offender in this regard – that hopeless Liz Truss rejected the report of the Lead Ammunition Group when she could have done some good in the world – and Therese Coffey has not moved an inch either. It is shameful that a government department sits idly by and does not take the very simple measure, taken elsewhere in the world, and require shooters to use non-toxic ammunition. Defra is in thrall to shooters – that is the only explanation – and they ought to be ashamed of themselves.  But we, the public, can be ashamed of them anyway.

Defra has been so utterly hopeless because it has listened to the rather rabid urgings of people with guns rather than looking at the science, and that’s why the industry deserves anything it gets on this issue. To require that shooters kill things that are eaten with non-toxic ammunition is not being anti-hunting, but to campaign so actively to keep toxic ammunition, wholly unnecessarily, in the human food chain is anti-people.

Shame on Defra, shame on the whole of the game-shooting industry (because I don’t know of any part of it which has broken ranks on this issue) and shame on the restaurants and chefs who haven’t led the way.

But three cheers for FEE which has acted properly and as a public body, serving the public, should.