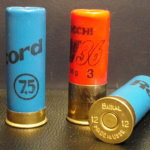 Natural England could learn a few lessons from the Forest Enterprise. I asked Forest Enterprise England for some information on correspondence between themselves and Defra on 21 November and received a reply on 29 November with no fuss at all. Thank you FC!

You’ll notice that the email below has the subject line ‘Mark Avery’s blog’ which is probably because in the run-up to a Westminster Hall debate on lead ammunition, which was held on 8 December 2015, I published a number of posts on the subject – and it was at this time that Rob Sheldon’s e-petition was running.

My relevant blog posts were:

I guess it might have been the last one in particular which caught Defra’s attention. 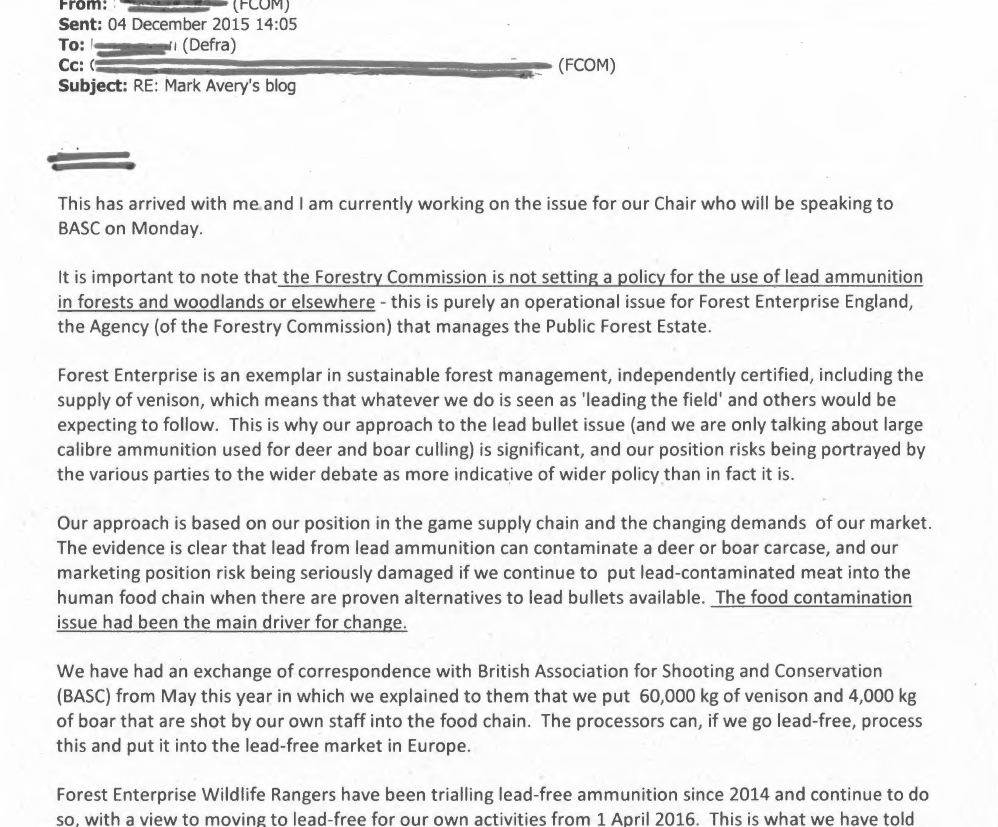 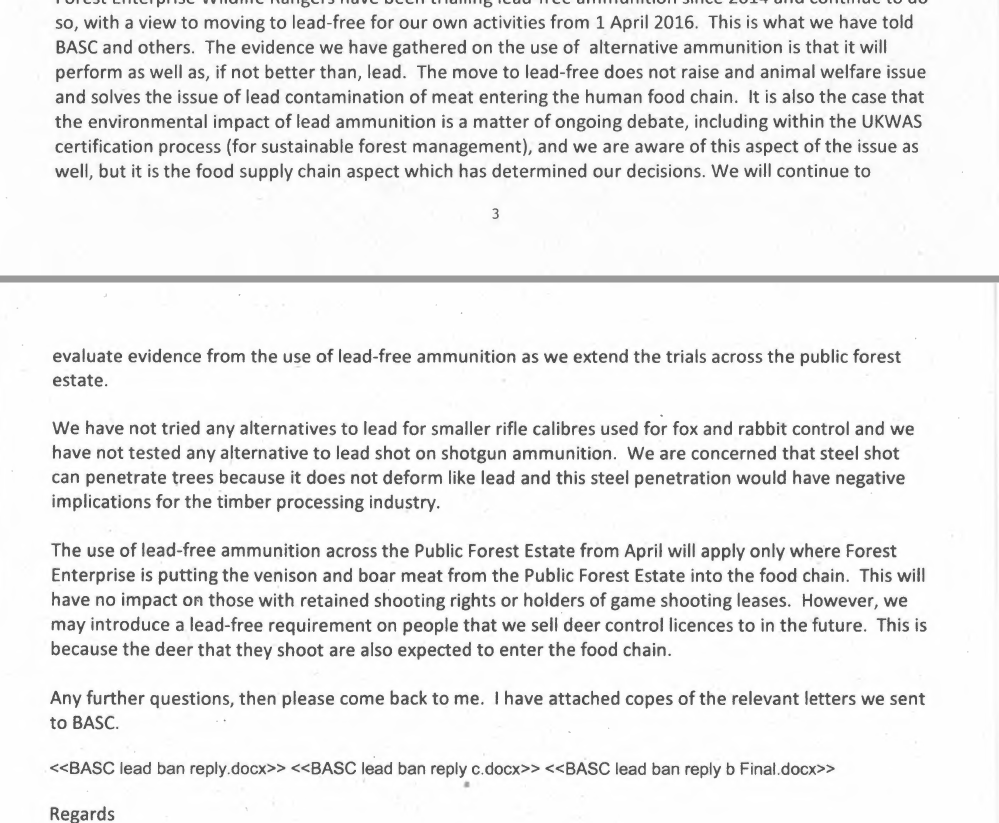 Forest Enterprise also sent me some other correspondence with Defra but I can’t find anything very interesting in it except this phrase in an email from Forest Enterprise to Defra, ‘Why would you put lead in food if there is an alternative, even if the impact on human health is still being disputed?‘ (see below).

The Forest Enterprise briefing on the issue, with a note on what the minister George Eustice, standing in for his boss Liz Truss and his mate Rory Stewart (both of whom were in Cumbria splashing about in floods), said in the Westminster Hall debate on 8 December 2015, was also included – see below. 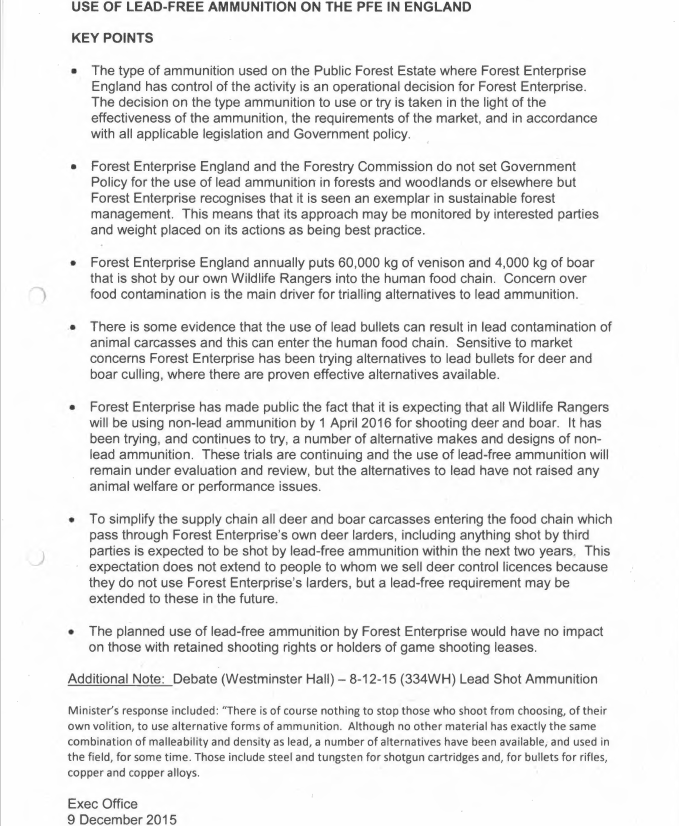 I wonder what Forest Enterprise said to BASC – I’ve asked to see that correspondence.

I wonder what the Chair of Forest Enterprise said to BASC on Monday 7 December 2015 – I’ve asked for details.

I wonder what the original Defra email was, subject ‘Mark Avery’s blog’, that started off this chain – I’ve asked to see it.

Forest Enterprise England has an admirable position on lead ammunition and food for human consumption. As a large supplier of venison and wild boar meat for human consumption it has noticed that there is evidence of high lead levels in such meat if shot with lead bullets which might well have human health issues that can easily be avoided by using other ammunition.  They have tested non-toxic ammunition and found that they ‘have not raised any animal welfare or performance issues’. So they have switched away from toxic lead ammunition to non-toxic ammunition. That’s what more organisations should be doing and chefs, restaurants and game dealers should be asking for game meat to be supplied to them only shot with non-toxic ammunition.