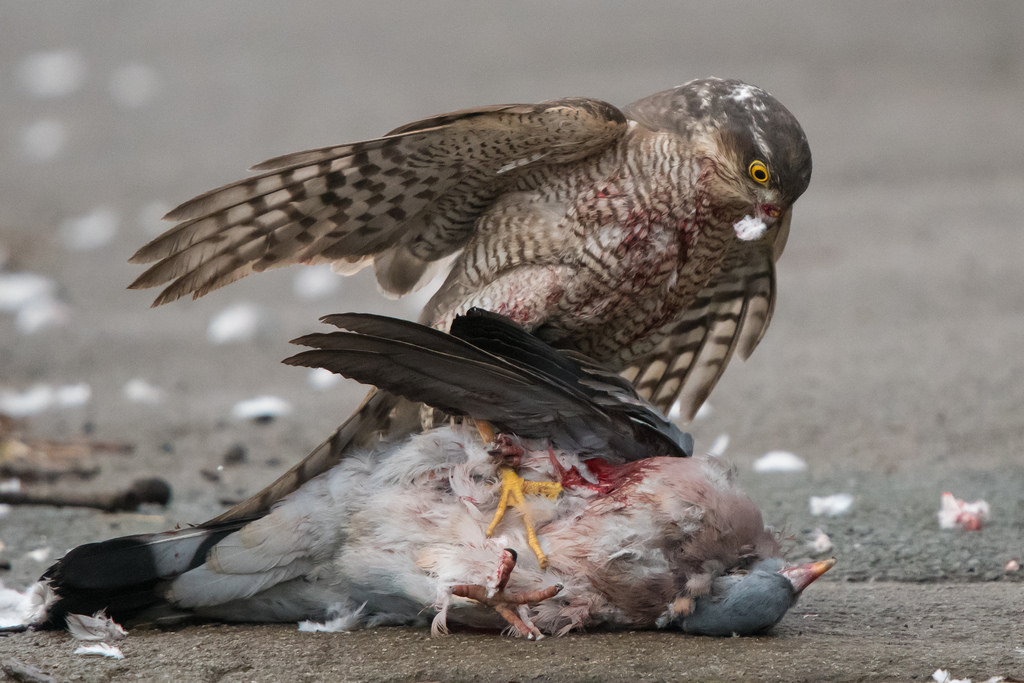 Tim writes: I was driving in South Yorkshire back in February when I spotted this female Sparrowhawk dispatching a Woodpigeon. I pulled in the car just beyond and leaned out of the window to photograph the encounter. Believe it or not a Woodpigeon weighs about 450g whereas a female Sparrowhawk weighs just 260g (and the smaller male weighs a mere 150g). That’s like a Bantamweight taking on a Heavyweight, though probably more like Amir Khan taking on Nicholas Soames (I’d pay good money to see that fight). The chilling detail of the Woodpigeon’s claw wrapped around the leg of the Sparrowhawk suggests it wasn’t dead. You can also see the Woodpigeon’s blood smeared across the Sparrowhawk’s chest. Nature red in tooth and claw.