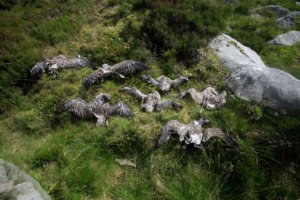 At 14:59 this afternoon I received some answers to my FOI request of 10 July 2017 about the Bowland gull cull (see here for summary).  I’m very grateful to NE for their response.

It will take me a few days to read the large documents that I have been sent and to figure out what is going on but I’ll come back to this later in the week – I promise.

In the meantime I thought it worth sharing this from a Habitats Regulations Assessment of June 2017.

This is a timely reminder as we head towards Hen Harrier Day and the excitement of the results of  NE’s Hen Harrier study being revealed 6000 miles away about the not too distant history of Hen Harriers in the Bowland Fells SPA.

The Bowland Fells qualiied as an SPA under the Birds Directive because it had on average at least 12 pairs of Hen Harrier in the qualifying period (1986-90). That seems a long time ago. 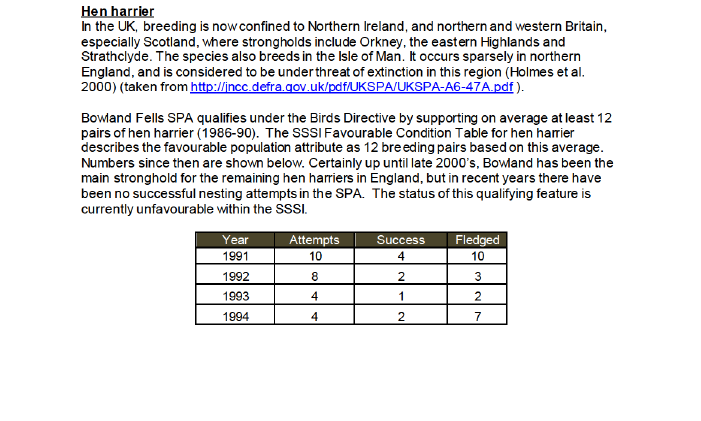 The table continues on the next page of the document – I’m not sure why it wasn’t brought up to date (at least 2016, since this document was dated June 2017) but who am I to quibble. We know that numbers have been low since then. 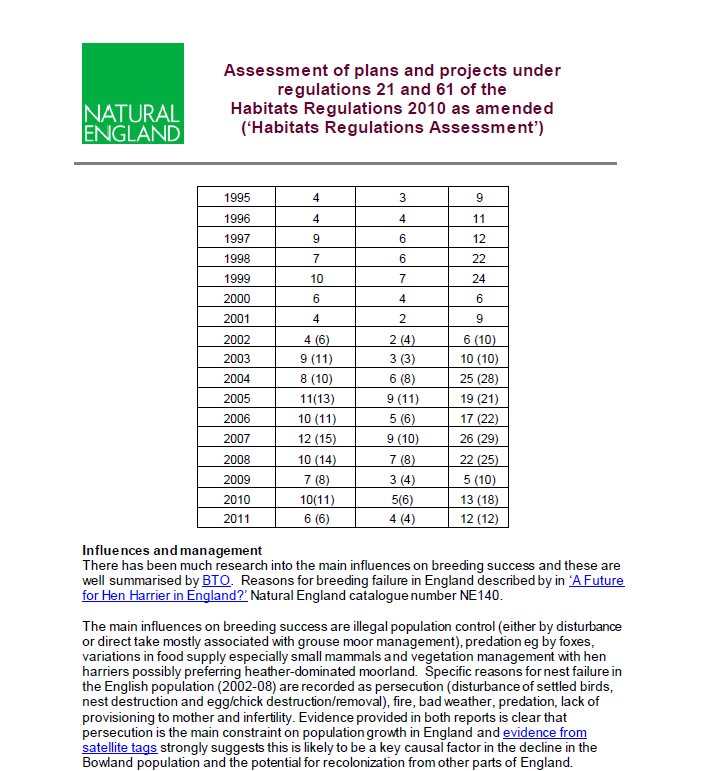 I did like the last sentence though ”…persecution is the main constraint on population growth in England and evidence from satellite tags strongly suggests this is likely to be a key causal factor in the decline in the Bowland population and the potential for recolonisation from other parts of England‘.

Well, we now know that all we had to do to get a clear expression of what NE thinks is the problem for Hen Harriers in England, and what their own satellite-tagging study has shown, was to ask questions about Lesser Black-backed Gulls, keep asking the questions for over a year and then look at a part of the document that isn’t primarily about Lesser Black-backed Gulls and then we’d get some sense out of Natural England!   Silly us!  Silly me!