Do you remember this video (above) about the killing of Mountain Hares on grouse moors? 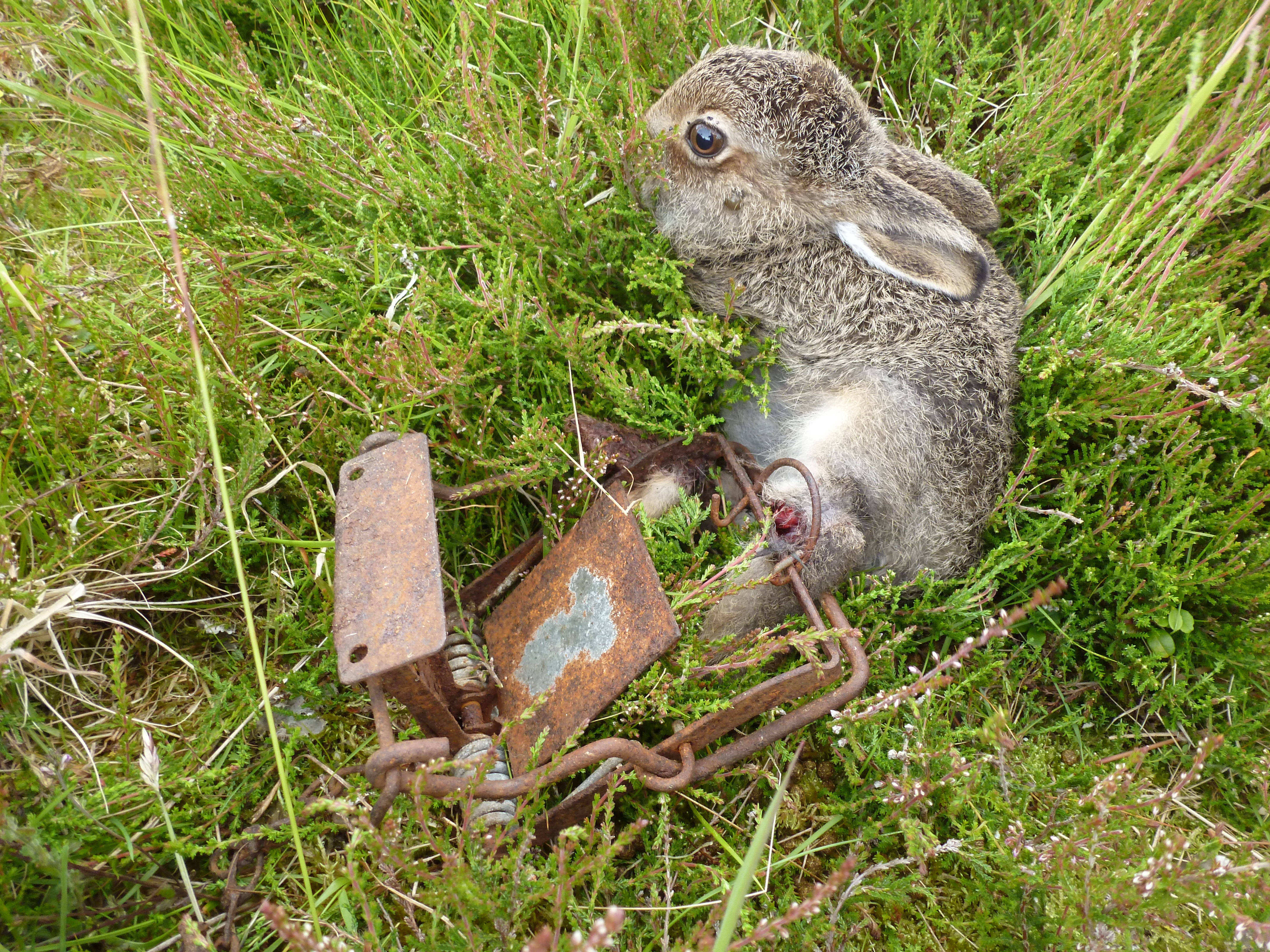 Today the RSPB released the following press release of a scientific paper based on six decades of counts by the UK’s foremost montane ecologist, Dr Adam Watson, showing massive declines, amounting to ethnic cleansing of a native species, on the grouse moors of northeast Scotland.

Mountain hare numbers on moorlands in the eastern Highlands have declined to less than one per cent of their initial levels, according to a newly published long-term scientific study.

Counts of mountain hares from six decades of consistent spring counts on moorland managed for red grouse shooting and on neighbouring mountain land were analysed in the research by the Centre for Ecology & Hydrology and the RSPB.

From 1954 to 1999 the mountain hare population on moorland sites decreased by nearly 5% every year. This long-term moorland decline is likely to be due to land use changes such as the loss of grouse moors to conifer forests, and is reflective of wider population declines that mountain hares are facing across their range.

However, from 1999 to 2017 the scale of the moorland declines increased dramatically to over 30% every year, leading to counts in 2017 of less than one per cent of original levels in 1954.

The dominant land use in these sites was intensive grouse moor management.  Here, the unregulated practice of hare culling as a form of disease control, ostensibly to benefit red grouse, has become part of the management of many estates since the 1990s, despite the absence of evidence that it has any beneficial impact on total numbers of grouse shot.

On higher, alpine sites numbers of mountain hares fluctuated greatly, but increased overall until 2007, and then declined, although not to the unprecedented lows seen on moorland sites.

The mountain hare is the UK’s only native hare and was listed as Near Threatened in a recent review by the Mammal Society indicating that the species is of conservation concern in the UK.

Dr Adam Watson, of the Centre for Ecology & Hydrology, who was lead author of the work, comments,  ‘Having reached the age of 88 I am both delighted and relieved to see this paper published in the Journal of Applied Ecology.  Having counted mountain hares across the moors and high tops of the eastern Highlands since 1943, I find the decline in numbers of these beautiful animals both compelling and of great concern.  We need the Scottish Government and Scottish Natural Heritage to take action to help these iconic mammals of the hill – I hope they will listen to the voice of scientific research.‘.

Professor Jeremy Wilson, RSPB’s Head of Conservation Science in Scotland who assisted in analysis of the data, said, ‘It has been an honour to support Dr Watson in the analysis of his extraordinary long-term data set.  These data reveal severe recent declines on grouse moors that are strongly correlated with the start of mountain hare culls for which there is no clear scientific justification.  Urgent action is needed if the future conservation status of mountain hares is to be secure.‘.

Duncan Orr Ewing, Head of Species and Land Management at RSPB Scotland said: ‘The mountain hare is a keystone native species of the Scottish uplands. This authoritative research suggests that we should be very concerned about its population status in its former strongholds. We consider that large-scale population reduction culls are both illegal under EU law and unwarranted as a method for controlling grouse disease.

Management of this species should now be more tightly controlled by Scottish Natural Heritage to safeguard mountain hare populations. We expect this subject to be given thorough consideration by the current independent grouse moor enquiry, which is looking at how grouse moors can be managed sustainably and within the law.’.

Roseanna Cunningham said on the video above that if the evidence came forward, she would act.

2 Replies to “Mountain hares (not) on Scottish grouse moors”